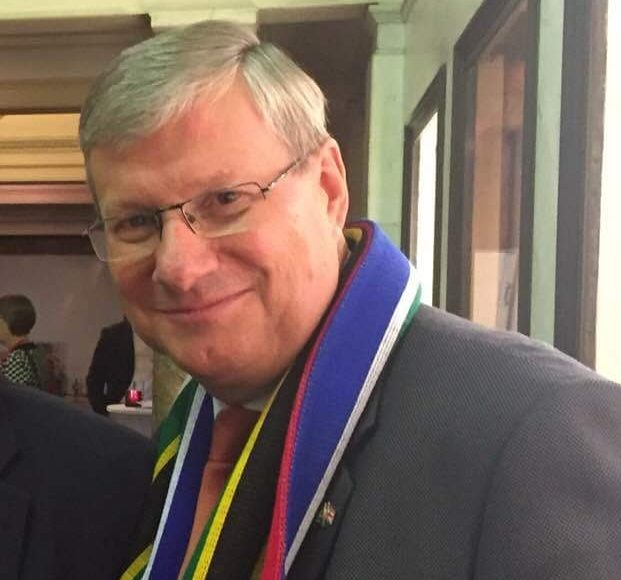 Andy, as we all knew him, was the embodiment of life, positive energy, social grace and his own brand of charisma.

He was a huge friend to South Africa and always at hand to advise, make connections and advance projects in spite of the increasing demands of his own business set up since his retirement from the Foreign and Commonwealrh Office in February 2016.

As recently as mid-October last year, I spent three enjoyable and stimulating days with Andy at an investment conference in Klerksdorp in the municipality of Matlosana in the North-West province of South Africa.

We were invited by my ex-boss at Brand South Africa, Miller Matola, who is from the nearby mining village of Khuma.

I was devastated to hear of Andy’s death after a short illness on 30th December and our deepest condolences go out to Andy’s widow Julia and their two daughters, Emma and Amelia.

We will miss his exuberant presence greatly.