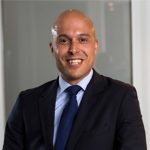 Leon Ayo has consulted and led teams across four continents. He specialises in Leadership, High Performance Teams, Agile Thinking, Entrepreneurship and International Business. He has been a visiting lecturer at the universities of Oxford, Cambridge, Lancaster, Birmingham, Cape Town and Stellenbosch as well as Warwick, Cranfield and Henley Business Schools, Leon is also a Non-Executive Director of Henley Business School Africa. He is a board advisor and consults on Leadership, strategy and driving growth and transformation through education and disruptive training.

He is a graduate of the Royal Military Academy, Sandhurst, he was awarded a British Army languages scholarship, earning an MA in French & Diplomatic Studies. He holds an Executive MBA from Warwick Business School, University of Warwick and is also an IMD alumnus. 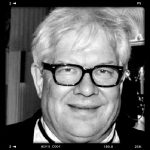 John Battersby is a journalist, communications consultant, relationship-broker and analyst with an extensive data-base built up over 35 years as a journalist, country marketing executive and consultant. Battersby is co-author of the book Nelson Mandela: A Life in Photographs by John D Battersby and David Elliot Cohen published by Sterling in the United States (Sterling, 2010). He is also author of the 10 000-word Afterword in the updated version of Mandela: the Authorised Biography by Anthony Sampson (Harper, Collins, 2011).

For the past ten years (2004-March 2015), Battersby served as UK Country Manager of Brand South Africa. Battersby has put the case for South Africa at debates and conferences, having presented at investment and emerging market conferences in the United States, Germany, France and the United Kingdom. In 2008, he chaired the emerging markets session at the annual Bill Gates summit at Microsoft headquarters. For five years Battersby served as a judge on the panel of the CNN African Journalist of the Year awards and is a founder delegate and contributor to the Monaco Media Form. He has travelled to China with Leaders’ Quest, been a guest of the government of the Peoples’ Republic of China and served as southern African correspondent of the New York Times (1987-89). He has further been involved with the Christian Science Monitor, receiving two for the Pulitzer Prize for his coverage of South Africa. In February 2015, Battersby was appointed as chair of the Canon Collins Educational and Legal Assistance Trust (CCELAT), the oldest and most established of more than 100 registered charities in the UK which contribute to the development effort in South Africa. 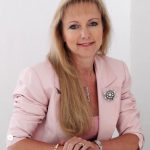 Sharon is a corporate governance specialist and foreign currency adviser renowned for getting things done. An energetic entrepreneur with a keen eye for risk, recognising opportunities, and understanding the value of good governance, Sharon will focus on delivering against the strategic plan which she shared in creating this last year. South African born of English parents, Sharon has business interests in South Africa and the UK, and is fully aligned to a key strategic goal of developing bilateral trade between the countries. The Board welcome her business and strategic experience, her corporate network and passion for the Chamber. Her business acumen and vision will support the growth in membership and ongoing development of the Chamber.

Sharon is CEO of Genius Methods and of Valufin, is a Member of the International Committee of the CISI and a Non-Executive Director at Caban Capital plc. She holds an MBA, is a Chartered Director, a Chartered Secretary, Fellow of the Governance Institute, a Freeman of the Worshipful Company of Company Secretaries and Administrators and winner of a SACC Business Award. In Sharon’s words “This is a great opportunity to create an energy for the various pillars of activity – to deliver value add to business, charity, politics and networking, a place to be seen and to learn.” 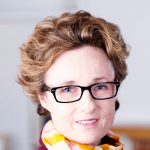 Sarah Hutton is a South African born business woman who has had the pleasure of a career working around the world. As Human Resources Director for Coca-Cola, Sarah aligns the HR Agenda with business strategy and measurable results.

Holding an MSc, Management (Industrial Relations), degree from Oxford University, Sarah is highly valued by the leadership teams she works with, for delivering pragmatic HR solutions to meet business needs on a daily basis, but also for driving large scale organisational change. Sarah has throughout her career at Coca-Cola, been a formal mentor to women in early and mid-career, through a program called “women in leadership”.

Sarah is a qualified Chartered Accountant and a member of SAICA and ICAEW. 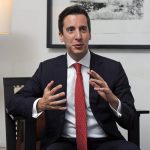 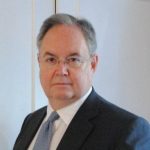 For the last decade Chris has been a prominent Africa-focused international banker – most recently as Vice Chairman in the UK of the Absa Group, one of the largest pan-African banks, and previously as a Managing Director at the Barclays Africa Group. He has 35 years of global financial services experience across developing markets, financing / capital markets, transactional banking and related corporate strategy. 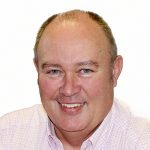 Dennis completed his articles with Ernst & Young and qualified as a Chartered Accountant in 1984. Dennis spent 14 years in investment banking focusing on corporate finance with some of South Africa’s major banking groups and accountancy firms.

He co-founded the Servest Group in 1997 with Kenton Fine and was appointed as Group Deputy Chairman in 2011. His role is to assist in growing Servest into a significant facilities management group in Africa and the United Kingdom. He is also a Vice President of the Johannesburg Chamber of Commerce and Industry. He values fairness, honesty, and is passionate about people.