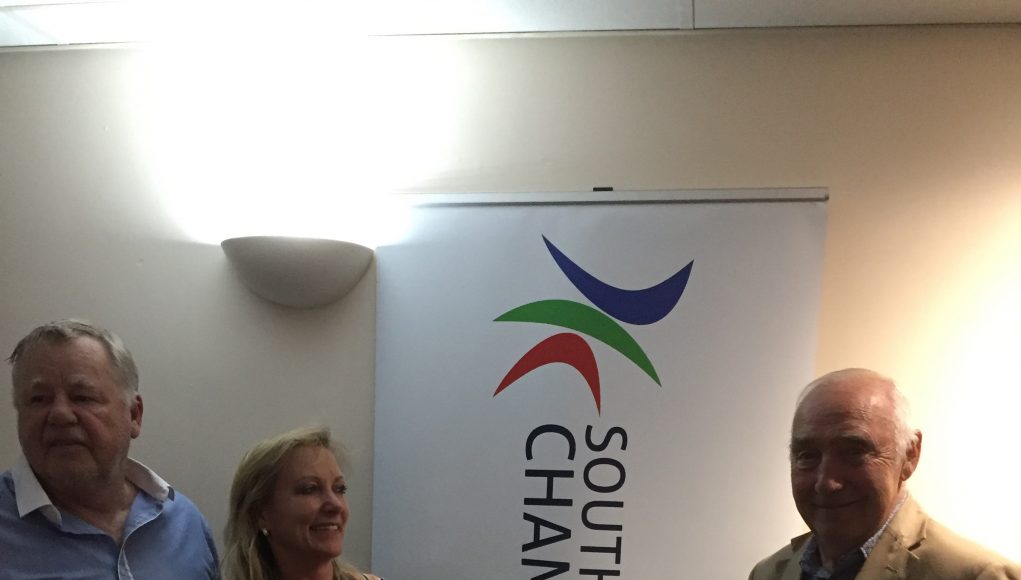 What a great night we all had last Tuesday hearing about Mike Procter’s life in cricket and the work he now does so passionately at Ottawa School in Durban.

His reminiscences of his time at Gloucestershire, winning the Gillette Cup in 1973 and the B&H Cup in 1977 will have brought back fond memories for Gloucestershire fans, especially his four wickets in five balls to get into the final in 1977. It is astonishing to think that is now 40 years ago!

It was also interesting to be reminded that many of the innovations in cricket today (or gimmicks, depending on your point of view!!) started with the Kerry Packer revolution at the same time and despite the opprobrium meted out then by the cricket establishment it sounded that the players enjoyed the experience and the chance to pit their skills against the best in the world, not to mention the opportunity to feel they were being properly paid for the entertainment they provided. There were obviously plenty more stories from that time that Mike didn’t tell!

Mike’s time as a match referee was also enlightening and as he said, his book “Caught in the Middle” gave him the opportunity to give his side of the story in the many controversies he found himself at the centre of!!
For me though, the highlight of the evening was his passionate recounting of what life is like for kids living in one of the townships in his home city of Durban; and what he is doing to make a huge difference to their lives. The joy and laughter and no small amount of skill that was apparent in his video taken at the school was moving.
Between us all, we raised just over £2,000 last Tuesday night and all of that will go to Mike’s Foundation and help to develop his fantastic work there.

Finally, the night would have been nothing (and a trifle lonely!) without you all taking the trouble to turn up and support the event and so, on behalf of Mike Procter and his Foundation and Bristol Rovers President’s Club I would like to thank you all wholeheartedly for your support and generosity.

Mike is now back in South Africa but a formal presentation of a cheque for £2,093.50 will be made by Harold Jarman to Sarah Blowen, a Trustee of the Mike Procter Foundation, on Saturday at Bristol Rovers’ home match against Peterborough United. You will recall that Harold Jarman, a Rovers’ legend, was a teammate of Mike’s at Gloucestershire CCC all those years ago.

The Foundation will issue newsletters from time to time providing updates on the progress being made. I hope you will find these interesting and rewarding.