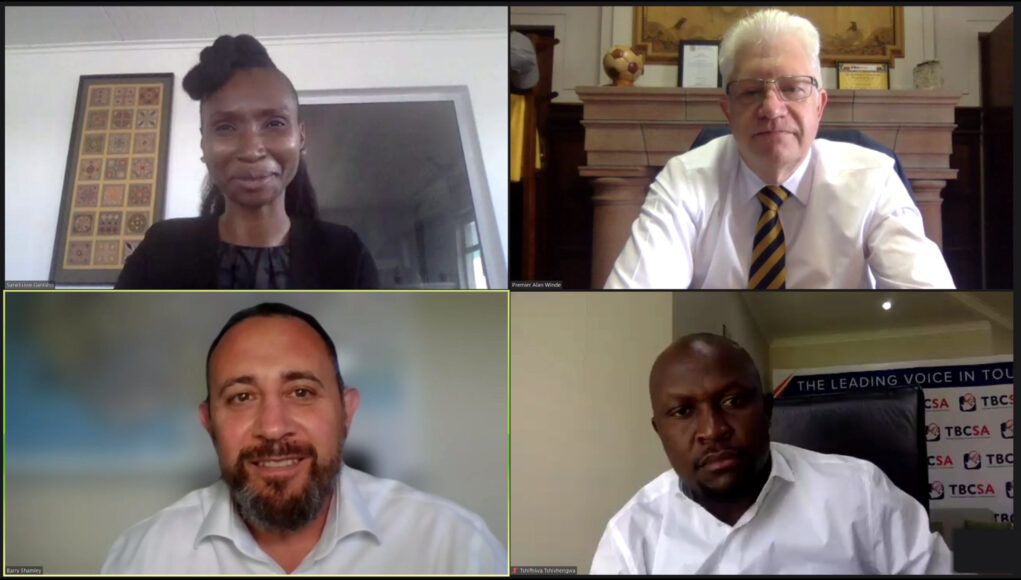 A special milestone was achieved this week when the South African Chamber of Commerce UK launched its second South African based Chapter – the Cape Chapter.

The online launch, which took place on Wednesday 1st December, was well attended with interested participants from business and social spheres of life, joining in from different corners of the globe.

The event was hosted by the Cape Chapter leader, Sanelisiwe Gantsho, who is is a member of the Chamber’s Executive Committee, amongst others, and is Non-Executive Director of the charity Help2Read.

Sanelisiwe was supported by Chairman of the SA Chamber, Sharon Constançon, in sharing insights on the evolution of the SA Chamber’s leadership and SA, UK and global regional expansion, and how that can drive economic and social prosperity for South Africans far and near.

Western Cape Premier, Alan Winde took the opportunity to remind potential travellers that South Africa is a safe place to visit, owing to the protocols in place, and the natural beauty, wide open spaces and sunshine in South Africa – which he said were not only good for social distancing, but also therapeutic to the mind. Especially following the mental strain of almost 2 years of this pandemic. He then emphasised that society and government need to learn to adapt to the “new normal”, and learn the lessons that both allow society to function whilst also protecting us from this and the next pandemic.

“Let’s not get punished for our excellence”, he said, lauding the scientific prowess which enabled the detection of the Omicron variant in South Africa, for which, he argued, the penalties against Southern African countries it has precipitated are an unfair reward.

Tshifhiwa Tshivhengwa, from the Tourism Business Council of South Africa, said that lessons should have been learned from the experience of the “Beta variant”, which became known as “The South African variant”, having previously being discovered in South Africa. He argued that the announcements about the new variant could have been handled better to anticipate and minimise any harmful consequences.

Dr Ivan Meyer, Minister of Agriculture, Western Cape Government reiterated the international value add the Cape region has to offer in terms of trade, investment and community building with the Chamber and the UK.

Barry Shamley, Co-Fund Manager and Head of ESG Investec Wealth & Investment South Africa talked about the range of ESG investments available in South Africa, up to and including “impact investments” which are at the cutting edge of innovation. He reminded us of the importance of companies aligning themselves with the Millennium Development Goals in order to attract foreign investment. He emphasised that companies embracing sustainability today will be the ones that thrive best in the longer term.

The Chamber panel included two ExCo members, Rene Stegmann, also a board member of the British Chamber of Business and David White, CEO of DRG in KZN who closed the event as the SA Country Chapter leader.

In case you missed it, watch the replay below: