Hosted at the Tax Consulting Offices at the sought-after Campus, the launch of the Gauteng Chapter of the South African Chamber of Commerce saw an exciting in-person event, live-streamed across at least 3 continents. With more than 30 people in attendance, plus a similar number watching online, the Gauteng launch was chaired by SA Chamber of Commerce Chairman, Sharon Constançon.

The launch kicked off with an address by Standard Bank’s enterprising Senior Political Economist, Simon Freemantle and followed by CEO of Tax Consult, Jerry Botha.

Sharing his insights globally, having been in the US and UK earlier this month, Freemantle highlights that there is a “disconnect between the perceptions of international investors compared to local investors.” Freemantle unpacked his professional observances around why the difference in perception exists.

Firstly, the ANC succession has been de-risked because of the significant support that President Ramaphosa has garnered. Furthermore, Freemantle remarks that the “ANC’s tone concerning economic transformation is far more inclusive and has softened considerably,” because there is the understanding that national recovery is largely reliant on the private sector to action reforms. There are clear indicators of a return to economic rationality with “Farmers now being encouraged to donate land, instead of it being expropriated,” says Freemantle.

He unpacks his thoughts further, noting that given the extreme volatility of other emerging markets, South Africa is viewed as the strongest emerging market with the return to political and economic stability. He also notes that there has been clear progress in the delivery of structural economic reforms, including the successful delivery of R10 million in additional grants for instance.

Freemantle also emphasises that a great point of potential progress is the emergence of a stable post-ANC political reality and a Reserve Bank that remains independent. On the other end of the spectrum, local investors are maintaining more of a negative stance.

“Loadshedding is having an extraordinarily harmful effect on our growth,” declares Freemantle, “and typically this is a growth retardant which increases negative sentiment,” he remarks. He sifts through the heavily weighted views of local investors that are affected by other considerations like; factionalised parties; a remarkable decline in trust across significant sectors and of course the increasing crime statistics.

Freemantle also acknowledges that while corruption may not be uprooted entirely, it is possible to reduce and mitigate the harm it causes.

Finally, he purports that while youth unemployment remains a concern, South Africa’s resilience as a market is clear with the informal sector demonstrating creativity and innovation as it continues to rise to the challenges and opportunities.

After challenging Simon with some insightful questions, Constançon shone the spotlight onto the CEO of Tax Consulting, Jerry Botha, who briefly addressed all in attendance.

A strong supporter of the SA Chamber of Commerce as one of its platinum members, Botha points out that they are in fact the largest independent Tax practice with 150 employees. This positions Tax Consult and XPatWeb to understand what’s truly happening on the ground, whether new departures, new incoming individuals, or returning South African’s, of which they see substantial numbers in all these categories.

Botha discloses that while there are a significant number of families leaving South Africa, there is also a significant number of South Africans returning, to a country that offers lifestyle and superb growth opportunities as government does make (albeit slowly) a little easier to do business. With entrepreneurial creativity good ideas will deliver tremendous employment opportunities across the board earning either local or foreign currency taking advantage of “work from home” possibilities.

The third focus of the morning was to announce the launch of the first regional SA based Chapter.

Constançon introduced the SA Chamber of Commerce in the UK, the home for all global members, and its structure, reminding attendees of its purpose, which is to foster healthy trading relationships between businesses in the UK and those in South Africa.

Constançon shared how the matrix of Geographic and Special Interest chapters give members a local home associated to membership of a global organisation.

Sean Godoy as the Lead for the new Gauteng Chapter, spoke of his excitement and aspiration he has for what the Gauteng Chapter can do for locals in events that take the form of networking, workshop, key speaker or panel style gatherings, to allow for connection with one another.

The Gauteng Chapter’s focus, as the biggest region, aspires to deliver the highest and most robust membership Chapter.

Having lived in the UK and having been involved in the SA Chamber of Commerce in London, Godoy pointed out that the UK is an excellent market for South African businesses, with ever-increasing scope for SMEs in particular: “This really is about promoting the businesses and charitable exchanges through the SA / UK and to Africa and abroad,” says Godoy. Reflecting on the insights on South Africa that both Freemantle and Botha shared, despite the challenges that cannot be overlooked, it appears that South Africa is perfectly primed for optimising the innovative minds and opportunities that make up this enlarging business sector that will be a foundational support to economic growth and uplifting the lives of South Africans. 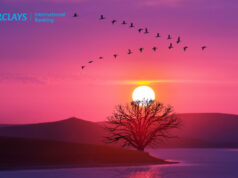