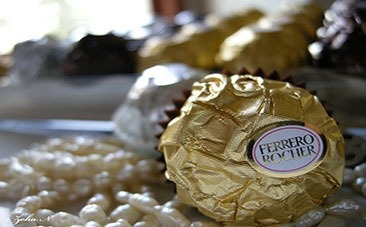 Just after more than 100 South African and Italian commerce and policy leaders met in Cape Town at the South Africa-Italy Summit, Italian company Ferrero Group, which produces well-known brands Nutella, Kinder and Tic Tacs, is quietly consolidating its operations in the country.

The family-owned company, whose turnover exceeded €7.2-billion in the 2010-11 financial year, opened its 9000m² production facility in Walkerville, Gauteng, in June 2009.

“In KwaZulu-Natal,” Skweyiya says, “the plant will be bigger but the [hazelnut] trees are still growing.

“If it is found that they are thriving in that area, they will plant more hazelnuts and we will be able to use those hazelnuts to export them to other parts of Africa,” he said. Skweyiya was speaking at the South Africa-Italy economic summit organised by The European House-Ambrosetti, an international policy and commerce think tank. Skweyiya said construction on the plant in KwaZulu-Natal commenced about five years ago.

“There are no hazelnuts in Africa. It is the first time they are being planted on the African continent. So it creates a new adventure for production in Southern Africa and it creates more [local jobs].”

In 2013, Tommaso Degregorio, who manages Ferrero trials in SA spoke to local agriculture magazine Farmer’s Weekly, saying “We think there are good reasons to invest in hazelnuts. It’s an attractive long-term investment, it’s something different, and it requires a reduced amount of work compared to crops like cherries. Nuts can also be stored for a long period and can be transported without any problem.”

South Africa competes against other southern hemisphere countries such as Chile, Argentina, New Zealand and Australia to produce hazelnuts. Climatic conditions in Chile especially are similar to those in South Africa. The company’s Chile operations have been operating for 20 years; “Chile is now a strong and modern hazelnut market. That is what we would like to replicate in SA,” said Degregorio.

Writing in the International TradeProbe, economist Asanda Languza said South Africa has huge potential for hazelnut production. “The production of hazelnuts has an added advantage because it has counter seasonality from the northern hemisphere, which produces in September. South Africa could sell hazels between March and April.”

TRADE BETWEEN ITALY AND SOUTH AFRICA

Bilateral trade between South Africa and Italy was worth around €3.5-billion (R51.5- billion) in 2013. The South Africa-Italy Summit, organised with the help of the Italian and South African embassies, EXPO 2015 and the Black Business Council, under the theme Building Communities of Leaders for Growing their Enterprises, aimed to further bolster bilateral business and economic ties between the two countries.

This article was originally published by Brand South Africa on 9 October 2014.