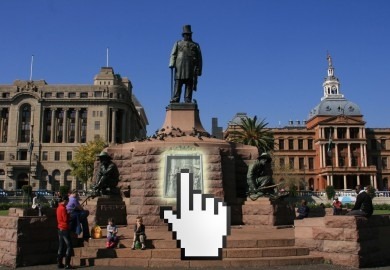 The nation’s capital has joined Cape Town and Stellenbosch in the race to roll out fast internet to the public, to the especial benefit of the poor, in a move that signals a newfound understanding of ‘digital rights’.

The idea that access to the internet is something other than a cutting-edge luxury has been slow to filter into South African discourse. Yet the evidence shows that access to the Internet is far from a luxury for the poor. It is better understood as an enabler of existing rights on a large scale, as well as the most powerful means of job creation and business creation currently known. The poor are least likely to receive government services timeously and fully, but also least able to complain about it and hold those responsible accountable. In a South African context in which one’s likelihood of receiving the services one is entitled to, rises exponentially with one’s ability to punish the officials concerned when they fail to provide the services, giving the poor access to advanced information and communications technology (ICT) infrastructure can change lives.

Even where this rationale is not understood or accepted, the business case for free public wifi more than stands on its own, and some of the nation’s leading municipalities have duly set about making digital rights real.

The City of Tshwane aims to roll out free wifi to poor neighbourhoods, built-up areas and major centres of learning as early as November this year. The first phase will encompass the venerable Church Square, the University of Pretoria in Hatfield, the Tshwane University of Technology’s Soshanguve campus, a community centre in Mamelodi, one of the nation’s largest townships, and another college.

Next year, Phase Two will focus on schools, with the total connectivity of all government schools and higher learning centres by 2016. This builds on the success of the city’s push to connect 100 municipal offices, libraries, and contact centres, now complete. Most hearteningly, the city’s approach is enlightened about the intersection between public investments and grassroots entrepreneurship: spare capacity on the city network will be sold to private service providers, who will be providing a fast internet service to parts of the city in which there is very little choice in internet provider – or no internet service at all.

The primacy of digital connectivity in our information future is not lost on Tshwane Executive mayor, Kgosientso Ramokgopa. Ramokgopa was quoted as saying, “Eventually…we want to come up with a method where we can make Wi-Fi free to all. We no longer think of it as a luxury … but as a commodity like electricity and water.” To this end, providing wifi for free in key public spaces like Church Square should be a highly effective way of restoring dignity to urban spaces by injecting them with new and tangible value for Tshwane citizens. Church Square will now be a place to work and learn via smartphone or second-hand laptop. By 2015, 60% of the city will be that way; the next year, coverage should reach 100%, according to Ramokgopa. Phase one, costing about R1 million for 5000 m² of coverage – will be paid for by the city, with city partner Project Isizwe – the brainchild of former Vodacom and Mxit CEO Alan Knott-Craig – assisting with further rollout. 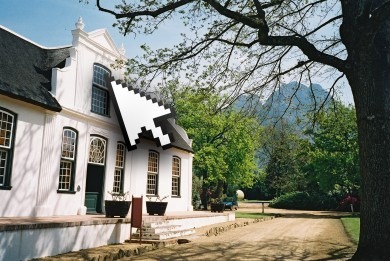 While Cape Town’s ambitious plans for city-wide coverage are perhaps the most advanced, innovation is happening at a smaller scale as well. Stellenbosch moved into the vanguard of progress last year with mayor Conrad Sidego’s announcement in February that the compact City of Oaks would become a wifi leader. Scarcely a year and a half later, the project is already on its second phase, with coverage now extending to outlying Ida’s Valley and Cloetesville and one of the Winelands’ few sizeable black African townships, Kayamandi. The town of Stellenbosch, in partnership with the university and Mxit, a South African cellular messaging service, overcame teething troubles to deliver what project leader Carinus Lemmer calls a”passion-driven” project that proves “how keen we are as a community in assisting in closing the digital gap”. In some areas, at off-peak times, the speeds attained on the free network have reached 10 mbps – as fast as in tech-heavy Midrand, South Africa’s fastest broadband town in 2013. At maturity, however, the system will be capped at a speed of 1 mbps to ensure equity of access.

The response of ordinary people to the system has been overwhelmingly positive, especially in the concrete sense of volunteering their homes and workplaces to host repeater stations. These are necessary to boost coverage once the basic network is built, and come at a cost of about R1000 per repeater. The beauty of the system is that its fine-grained nature, composed of fairly simple repeaters at great quantity rather than a few pieces of high-tech, high-maintenance infrastructure – allows the public it by sponsoring repeater stations and defraying some of its costs. This fosters a sense of ownership in the wifi system, which will have 1000 repeaters at completion.

The far greater scale of Cape Town’s planned broadband network will now doubt benefit from the experience of Stellenbosch and Pretoria. The Mother City plans a wireless mesh network that is larger and more sophisticated than anything at the metro scale in South Africa. While the first public wifi area launched in the Company’s Gardens last month, a feasability study for an ambitious ‘gap internet’ project in Khayelitsha and Mitchells Plain is now underway. The project, part-funded by the United States Trade and Development Agency (USTDA) aims to bridge the digital divide. According to City spokesman Zak Mbhele, this is the first project of its kind, hence the need for a pilot study; the new wireless mesh technology, which promises 100 mbit/second speeds, requires no physical ‘last mile’ connection, unlike ADSL lines. Wireless mesh is a comparatively expensive option but one that is particularly robust to existing problems like cable theft and the difficulty of maintaining rural high-tech infrastructure, and future disruptive technologies. Although currently a rich-world solution, costs are dropping steadily and the Western Cape seems poised to ‘grow into’ the maturing technology as its coverage extends to cover the entire province by the target date of 2030.

The Western Cape government claims in a slideshow that economic growth in the province will increase by 1.38% for every 10% increase in broadband coverage. If this international figure holds up in the South African context, the project’s estimated final price tag of around R1.3 billion will be a very good buy indeed.