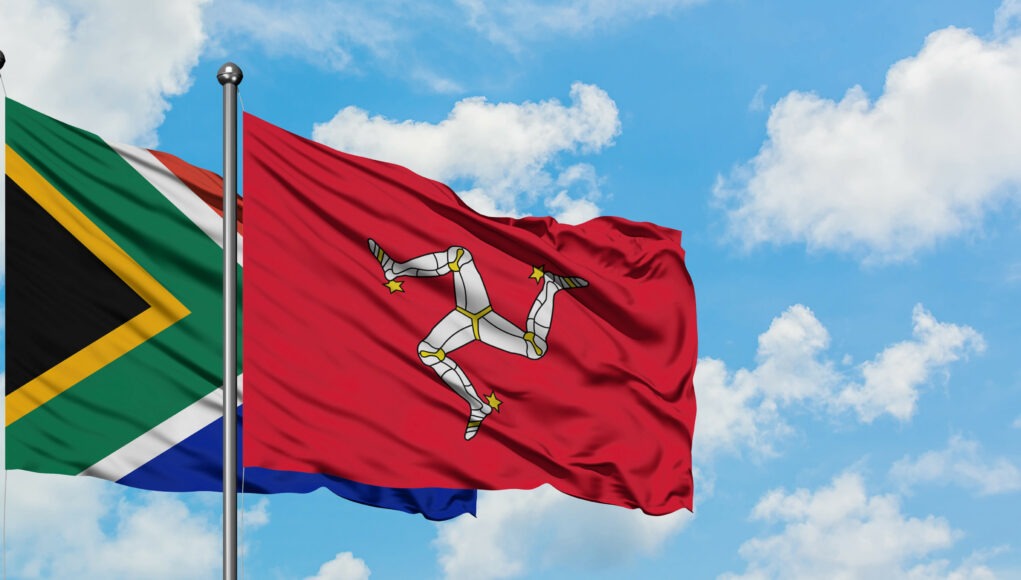 We are delighted to welcome the Isle of Man government as a Platinum Member of the SA Chamber of Commerce UK.

In announcing their membership, the Chief Minister of the Isle of Man, the Hon Howard Quayle MHK declared, “Our relationship with South Africa has a strong foundation, deeply rooted in history, and our membership of the Chamber of Commerce is testament to our continued commitment to strengthening those ties.”

Those ties date back many years, all the way back to the early colonial era, and that relationship continues to grow even stronger in the new era of democratic government.

The island hosts a number of big-name South African headquartered businesses, such as Nedbank, Investec and Standard Bank, and actively promotes itself as a business-friendly environment with welcoming immigration rules specifically designed to facilitate the setting up of new businesses and subsidiaries on their shores.

The tax regime is very attractive, another fact which the island actively showcases to South Africans living in both South Africa and the UK though a “South African Roadshow”, which this year, due to travel restrictions, itself migrated into the virtual space.

There’s also a thriving South African community on the island, which, coinciding with the IOM Government joining the Chamber has formed into a new Isle of Man Chapter, led by June Whiteman, a South African expat who has lived on the island since August, 2001.

June says she is “looking forward to connecting with all South African businesses on the island to share ideas and determine how best the Chamber can serve them. With the Covid vaccination roll out well underway on the island and travel becoming a possibility, we hope this year will see the return of the Isle of Man Roadshow to South Africa.”

This theme is echoed by the Chief Minister, who states that, “as we look ahead to the future, there are serious challenges for our world which has been upended by the Covid-19 pandemic, crippling economies, devastating communities, and confining billions to their homes. It is imperative that nations co-operate with each other, cement any existing ties, join hands, and work together to support global economic recovery.”

If you’re interested in joining the Isle of Man Chapter, it’s open to anyone who:

June can be contacted at: [email protected]

If you’d like further information on what the Isle of Man has to offer to South African business, or how to move there, you’re welcome to view our recent webinar with John Hunter of Finance Isle of Man and Nick Preskey of Locate Isle of Man.

We look forward to continuing to develop this important relationship and warmly welcome our new island friends to the Chamber.