Thank you to all who attended the webinar featuring Sir Nick Stadlen’s amazing documentary Life Is Wonderful on Wednesday 18th November, which captured in such vivid colour the intricacies, dilemmas, and risks of the Rivonia Treason Trial.

Adding to the challenges the legal team already faced, none of the accused denied plotting the overthrow of the apartheid regime. The one point of contention was that Operation Mayibuye, the military plan, had never been formally adopted.

The sheer courage of the accused was evident as Denis Goldberg and Andrew Mlangeni reminisced about their experiences during the trial, as was the passion of the legal team through the emotion of George Bizos and the incisive wit of Joel Joffe, the two surviving members interviewed by Sir Nick.

The tragedy of the loss of Lead Counsel Bram Fischer’s wife, Molly, and his own eventual arrest and imprisonment leading to a too-long undiagnosed cancer and his own death, was heart breaking.

The dignity and integrity of Mandela’s speech, in which he declared his willingness to die, if need be, for his ideal of a non-racial democracy in South Africa was inspiring and humbling.

Through it all, we learnt that ordinary people with a conscience can make a difference, and that challenges us to make a difference in our own lives too. We were left feeling emotional and outraged at the injustice of it all, and the pointless waste of so many years of these brilliant lives.

As significant as this story is in the history of South Africa, we know that it is only one of thousands of similar stories of bravery and sacrifice throughout the years of struggle, many of which will never be told.

We have to thank Sir Nick for capturing this story so wonderfully and bringing it to life in such an engaging way.
After the screening two senior London City businessmen from South Africa, of different backgrounds, shared their feelings and observations. Stuart Williams, President, ICE Futures Europe and Rian Raghavjee, of Egon Zehnder, commented; this is a story I was not told growing up in SA during the Eighties and today is equally a story that many younger South Africans may too not know.

It’s a story that can inspire everyone and sets a gold standard for the levels of integrity and honesty we should demand from our current leaders.

As events unfolded, Sir Nick captured the last possible chance to record this documentary, as old age finally caught up with all of the main participants who have sadly since passed on – Denis Goldberg in April, Andrew Mlangeni in July and George Bizos in September this year.

Sir Nick discussed the impact the film had had on young South Africans during several screenings he’d taken part in in South Africa, and the Life Is Wonderful charity’s plans to show the film in 6,500 schools across the country, an effort you can support if you wish through a donation by visiting the Life is Wonderful Virgin Money Giving page.

We were extremely honoured and grateful to be hosted by the Financial Services Club and the City of London.
The SA Chamber gives particular thanks to Alderman Professor Michael Mainelli & Christopher Hayward CC, Sheriffs of the City of London, Alderman John Garbutt JP, High Sheriff of Greater London, Rt Hon The Lord Mayor Of The City Of London, Alderman William Russell speaking from Mansion House, and HHJ Mark Lucraft QC, The Recorder of London present at the Central Criminal Court (Old Bailey) for their support and participation.

Between 2013 and 2018, the City of London bestowed the Freedom of the City on all of the trialists, who were thrilled at the award, Sir Nick was delighted to report.

We were a global audience, from the UK, South Africa and many from around the world, so thank you to all who attended for your participation, and allowing this important story to be shared in so many places across the globe. None of us will forget this learning.

The webinar was recorded, and can be watched here. The recording doesn’t include the full film, which is substituted by the trailer.

If you wish to arrange to see the film again or have it shown to a specific audience, do please let us know. 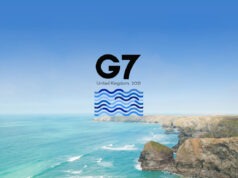 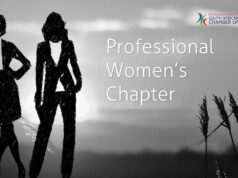 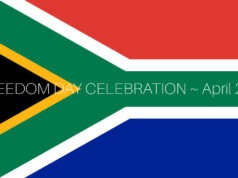