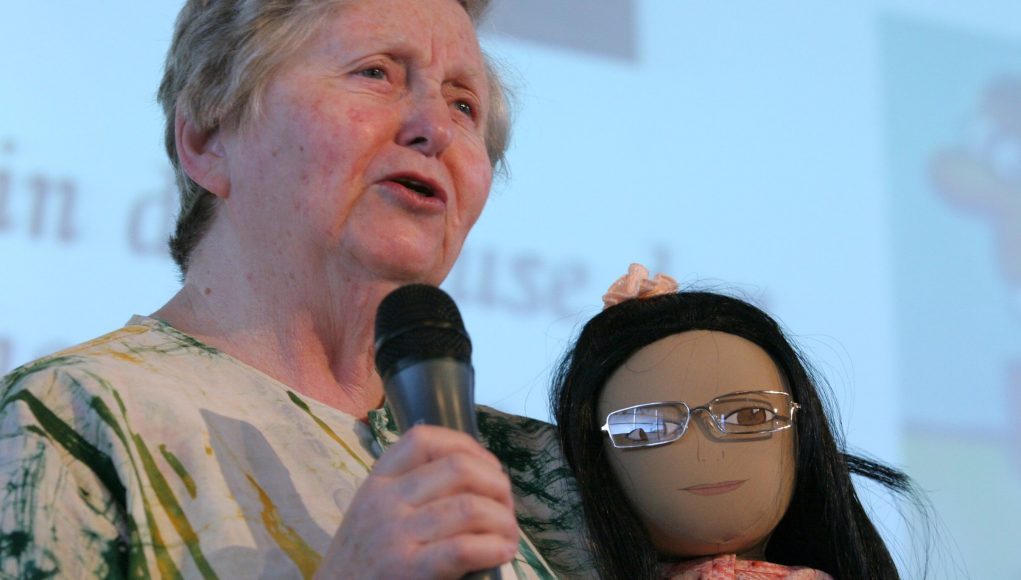 The Chairman’s Award is a special award, given at the discretion of the Chairman of the Chamber to any of the nominees who didn’t win in the category in which they were originally nominated.  Babette was given this special recognition for showing an extraordinary level of commitment and achievement that fell beyond the scope of any of the other awards.

Babette Brown came to the UK after she was forced into political exile due to her opposition to Apartheid. The author of several books on early learning and child development, at the age of 70, she went on to found Persona Dolls, making dolls of many different ethnicities and types, who would tell their stories through a teacher. Children were then encouraged to offer advice and solutions to the experiences a doll describes. This practical and non-threatening approach to dealing with difficult issues has proved especially effective with children. Her charity, established in the 2000s, produce the dolls in South Africa. Thousands of teachers globally are now trained to use the Persona Dolls approach.

The SACC Awards recognise achievers ranging from individuals who have made a difference in the small business sector or their community, the efforts made by those in the Charitable and Giving Back arenas and to those in the corporate business sector who have excelled. Please nominate someone by simply completing the online form on the SACC Business & Community Awards website.


Submit Your Nomination for the 2020 Awards

“To hear that our mum, who had recently passed away, had been nominated for a Chamber and Business Community Award was very emotional and exciting. We had no idea who had nominated her and did not know what to expect from the evening.

The event was glamorous, the food delicious and the company warm and friendly. The names were announced in Babette’s nominated category and our mum’s picture, along with the other nominees, appeared on the screen.

Although she didn’t win we were very satisfied, simply with the nomination, and we happily relaxed with another glass of wine content that Babette would have been so proud that her anti-racist work with young children, through Persona Doll Training, was being acknowledged.

Just as the nominations for all the categories were finished to our utter astonishment Babette’s face filled the screen again and it was announced that she had WON a special CHAIRMAN’S AWARD for her work with Persona Doll Training. Shocked, my brother, Peter Brown and I approached the stage to collect her award.

It was an awesome moment for her family. More importantly the positive publicity and recognition for the commitment, hard work and dedication to anti-racist classroom practice was highly valued. Our mum was only a little lady, but she worked organised and maintained her commitment to equality until the day she died.”

The SACC Business & Community Awards is a celebration of the best efforts and achievements of the South African community in the UK, all wrapped up into a fantastic gala evening.