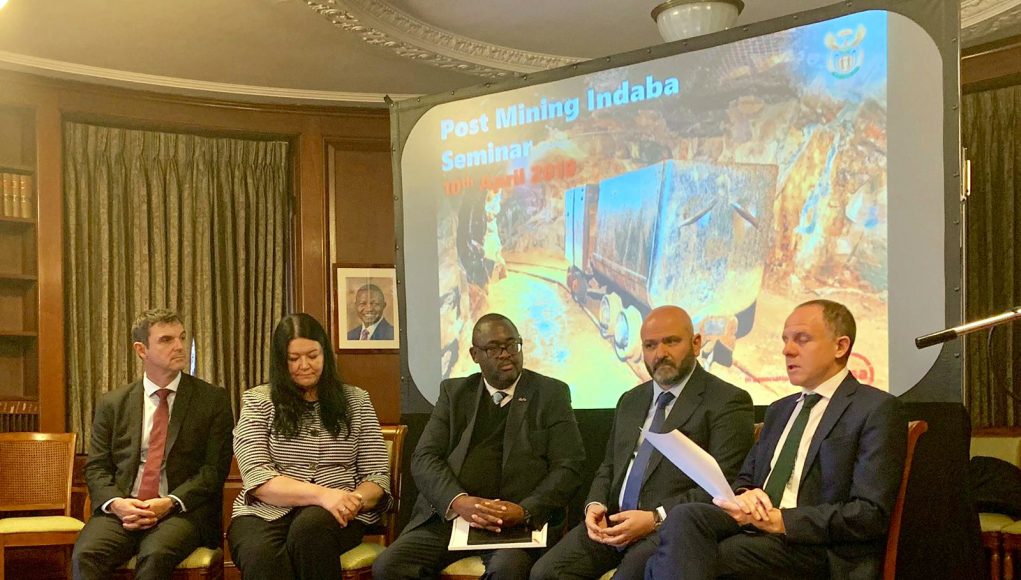 Fortuitously, the SA Chambers’ second event in the Business Seminar Series, the Post Mining Indaba Seminar, held in association with ABSA and the South African High Commission, was preceded by a major press announcement less than 48 hours before the event was due to take place.

The announcement that Rio Tinto had signed off on a near $500m investment in its South African mineral sands business, providing a much-needed boost to the country’s mining industry, was truly great news for all attendees and speakers.

South Africa has a long involvement in the mining industry, and the Mining Indaba, the annual event held in Cape Town in February has become a miners’ pilgrimage. This seminar was our attempt to bring an update to a London audience who may have missed out on going to Cape Town. Participants on the day were made up of analysts, private equity groups, and mining companies active on the continent.

ABSA gave a concise economic and minerals overview, which was followed by Sello Helepi (inset) of the Department of Mineral Resources who gave an update on some of the challenges being faced and some which have been overcome, as well as an insight into the upcoming changes expected post elections on the 8th May.

The panel discussion which followed, with Neil Hume, the Financial Times’ Natural Resources Editor, moderating, was extremely insightful. Many different facets of the mining industry were explored, including how the industry is responding to environmental concerns from the public and how often these are now shared by potential investors. Also, chamges in how the industry interacts with and includes local communities in the planning and decision making processes were explored.

The feedback from the attendees has been extremely positive, and overall the mining and extractive industry globally is seeing an upturn in interest. The new mantra which is key to sustainable mining, of prioritizing people, planet and profit is now also adopted by South African mining groups.

The South African Chamber of Commerce will continue to showcase relevant sectors with real opportunities, bringing the voice of Government, finance institutions and private sector on one stage.