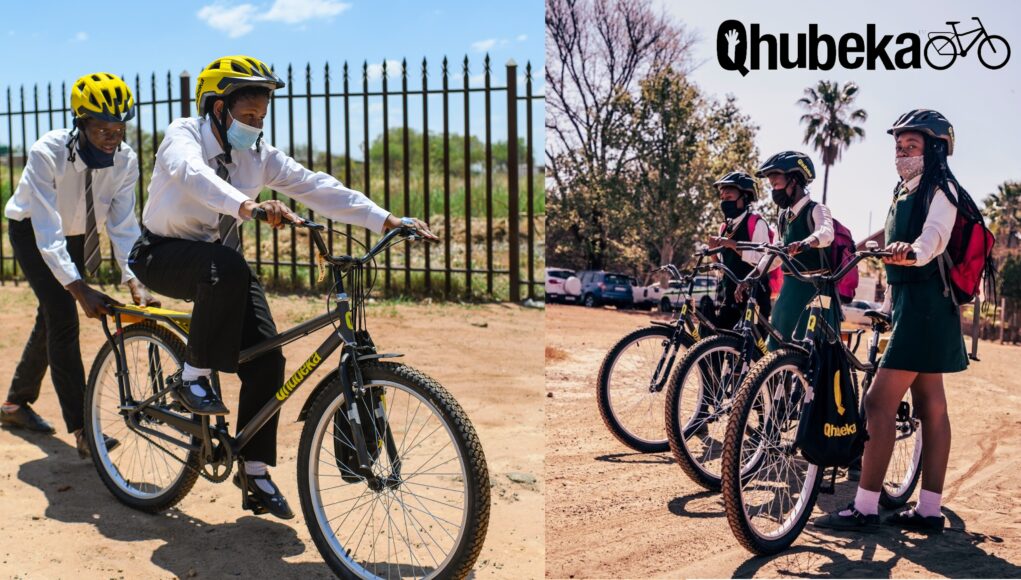 Qhubeka has been one of the charities supported by the Tour de France for several years now and this has led to the distribution of over 500 bicycles to schoolchildren directly funded by A.S.O. through their donation of one bicycle for every rider in the race (around 180 per year), as well as many more through donations made by members of the public during the race from promotions run by both A.S.O. and Qhubeka.

A.S.O. are pleased to announce that with the launch of the Tour de France Femmes avec Zwift race in 2022, starting in Paris on the same day that the men’s race finishes (24 July), Qhubeka will become an official charity of this race also. Through this partnership, there will be a specific distribution of Qhubeka bicycles to a group of female schoolchildren this summer.

On signing of these agreements, Qhubeka’s founder Anthony Fitzhenry said, “The announcement of this continued partnership with the Tour de France, and extension to the fantastic Tour de France Femmes, is great news for us here at the Qhubeka Charity. It will allow us to continue to reach many people and move their lives forward through access to a bicycle. The bicycle really can change lives.”

Amaury Sport Organisation CEO, Yann Le Moenner said, “The Tour de France, and Tour de France Femmes avec Zwift, have a responsibility which goes well beyond that of sporting competition, we amplify a message to promote bike use globally. We are convinced that this is important worldwide and mobility has to be encouraged by all means. Our long-term partnership with Qhubeka allows cycling to be put forward as part of the solution for young people in unfortunate circumstances. Cycling a path for the future is what drives us”.

Tour de France Femmes avec Zwift race director, Marion Rousse said, “When I was a little girl, I watched the Tour de France on television with admiration. I was very proud to be asked to take charge of the Tour de France Femmes avec Zwift because we want to do our utmost to make it a dream for girls to participate. By partnering with the Qhubeka Charity, we are also making it possible for girls to get to school, get better grades, improve their lives, and maybe even race bikes one day.”

The Tour de France promotes Qhubeka throughout the duration of this most prestigious race and seeks to enthuse fans to make donations via a dedicated donation page here.

Qhubeka is a South Africa headquartered charity that helps people to move forward and progress by providing bicycles in return for work done to improve communities, the environment or academic results in Africa. Qhubeka has now distributed over 106,000 of our unique bicycles, with the majority going to schoolchildren. Qhubeka is a Nguni word that means “to progress”, “to move forward”. More information can be found at www.qhubeka.org or contact SACC UK member Jeremy Ford on [email protected]qhubeka.org