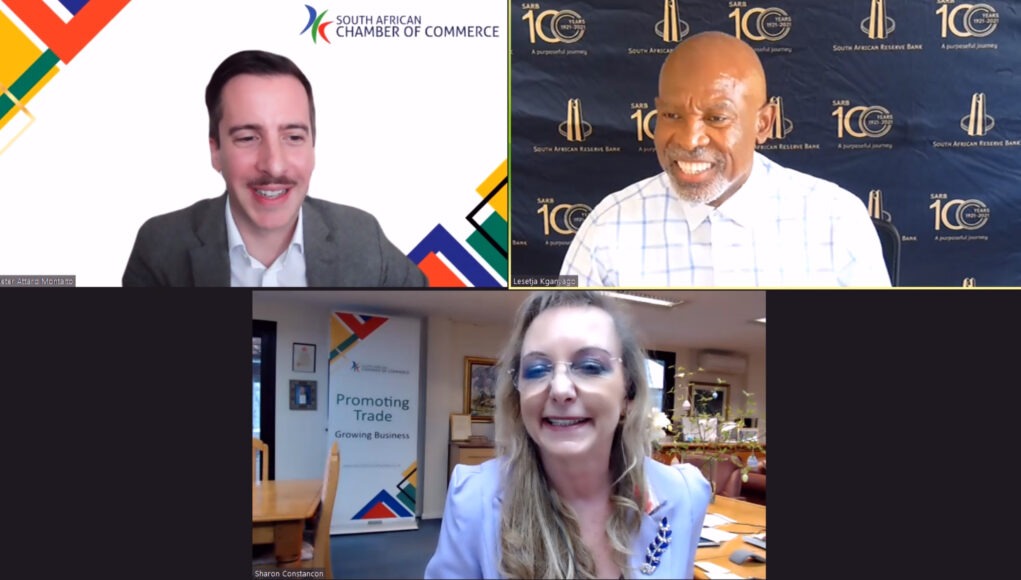 On Friday, 26th March the Chamber had the honour of hosting the Governor of the South African Reserve Bank, Lesetja Kganyago, for the second time.

The South African Reserve Bank is the central bank of South Africa and a foundational pillar of the economy, responsible for far more than simply printing money. Its main role, defined in the Constitution, is to maintain the stability of the South African economy – which it achieves through the judicial exercise of a number of powers. Independent of government, it formulates and implements monetary policy, sets interest rates, and regulates the banking sector. It also acts as the banker to the SA Government.

The SARB has to fine tune policy to meet the changing cycles of the economy, the needs of Government, investors and international money markets all at the same time. Controlling the money supply through setting the base interest rate impacts the amount of lending that takes place, as well as the returns savers can expect to see on their deposits.

As challenging and complex as this would be at any normal time, those challenges are significantly more severe during a global pandemic which has caused a massive economic global downturn and increased pressure on Government spending in order to deal with simultaneous public health and economic crises.

Despite this, the Governor was as effusive as ever in helping Chamber members understand the present state of the South African economy and its outlook for the months ahead – in particular the upside and downside risks. The meeting was well timed, taking place the day after the Monetary Policy Committee meeting which decided to leave the interest rate at the all-time low of 3.5%.

We heard more details on the SARB’s policy reactions in the past year and their biases going forward, as well insights into some key knotty topical issues – like why credit growth and utilisation of the Government’s loan guarantee scheme has been relatively weak. Such interactions with policy makers are crucial for SA Chamber members, whether corporates or portfolio investors, to get a sense from the heart of policymaking of what’s going on – and the SARB in particular can provide its independent view without ‘marketing’ the country, which is reassuring to investors.

Granting the SA Chamber in the UK this privileged access to the Governor’s candid and open responses to the questions posed on behalf of members by Chamber Director Peter Attard Montalto was a great honour, for which we are very grateful. The meeting was watched closely by a number of financial journals and news organisations, hoping to glean an insight into the Governor’s thought processes and pick up any hints about how policy might develop in the future, or upon what particular criteria the Bank’s decisions might hinge.

The Governor’s comments from the webinar were reported by News24, The Sunday Times and Bloomberg.

Watch the entire webinar below: 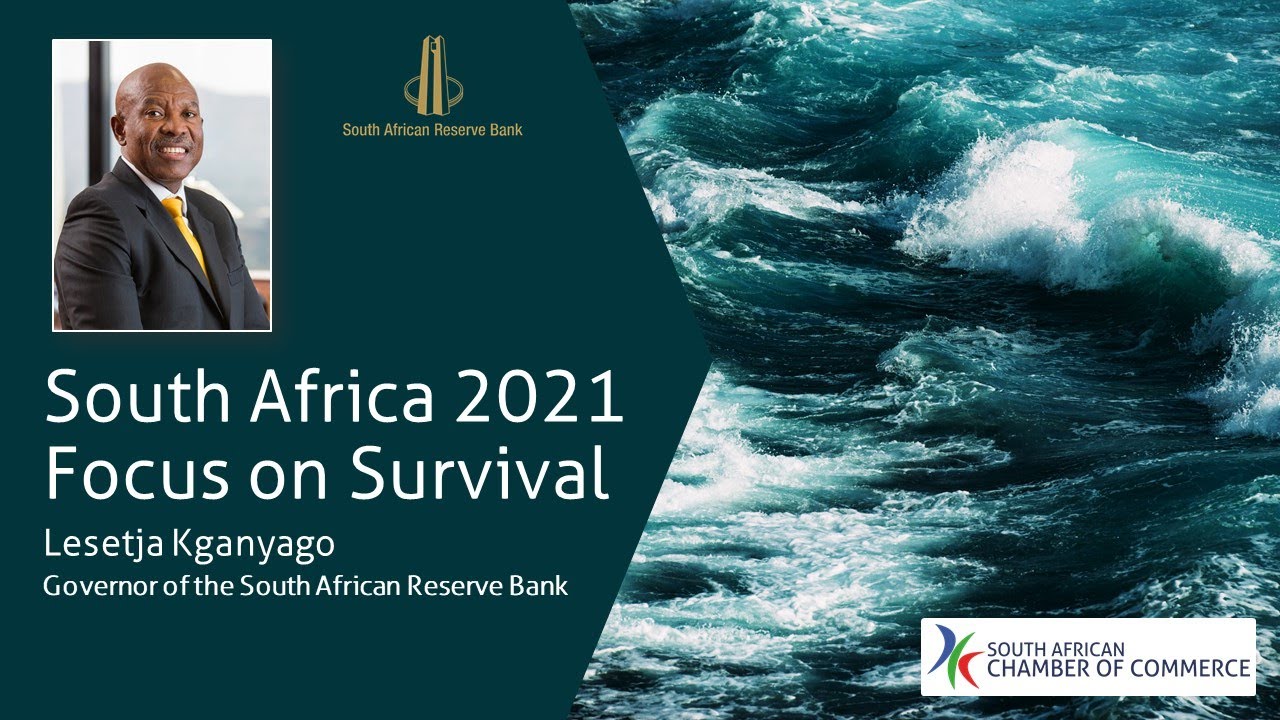