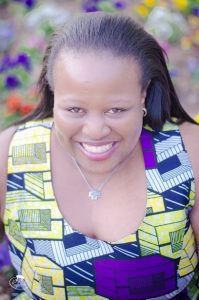 Armed with a degree in Interior Design from Greenside Design Center in Johannesburg, Ziyanda Gysman worked for several years in Interior Design in Johannesburg and Office Administration in London, UK, before returning to Grahamstown, South Africa, the city of her birth in 2011. Ziyanda has made her mark in the creative industries as a Freelance Arts Administrator, having worked for Scifest Africa (South Africa’s National Science Festival), National Arts Festival and Puku Children’s Literature Foundation. She has also managed the Grahamstown Field Band, a life-skills and musical programme of 120 young people in an age range of 7 – 21 years.  In 2013 her work in Arts and Culture sector earned her a nomination as Citizen of the Year by the Grahamstown Rotary Sunset Club. Ziyanda holds a Post Graduate Diploma in Business Administration.

Please contact Ziyanda on [email protected] should you require any assistance.