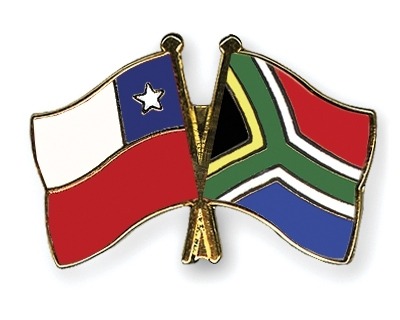 South Africa and Chile are looking to advance their trade and investment ties, especially in mining and energy, it emerged after President Jacob Zuma and his Chilean counterpart, Michelle Bachelet Jeria, held talks at the Union Buildings in Pretoria on Friday.

Bachelet, who was on a two-day state visit, received a proudly South African welcome at the Union Buildings, complete with a military parade and a 21-gun salute.

Speaking to journalists after her talks with Zuma, she said her visit was the perfect moment to establish new momentum in cooperation between Pretoria and Santiago.

“We truly believe that South Africa and Chile are like-minded countries. We share a lot of values. We believe that we can also bring resources from both countries to cooperate trilaterally with the less developed countries of Africa, joining efforts and funds.”

Scope for cooperation in energy, mining

Chile has expressed an interest in South Africa’s energy and mining sectors, two key pillars in the country’s economy. There are numerous opportunities for cooperation between the two countries in pollution and emissions control, as well as the development of alternative energy sources.

Zuma said that, with South Africa being a major investor in the Chilean mining sector, there was huge potential for an exchange of technologies to promote a safer mining environment. This would be imperative as Chile moved from open-pit to underground mining.

Zuma said South Africa was ready to share its expertise in this field, with an agreement on cooperation in the field of mineral resources in sight. “We have agreed that dialogue between the relevant ministries should take place to discuss cooperation,” he said.

The top exports from South Africa are steel and steel products, which amounts to 61.6% of total exports.

Although trade ties between the two countries are robust, the trade balance is currently in favour of Chile. To address this, an agreement on avoidance of double taxation and the establishment of a joint trade and investment commission are on the cards.

Zuma said the two sides had agreed that a memorandum of understanding on establishing the commission, which was signed in July 2012, should be implemented without delay.

“We agreed that the joint commission on trade and investment will meet in Chile before the end of 2014 in order to finalise a short, medium and long-term plan of action.”

Zuma said there was a significant potential for research and development co-operation between the two countries in this regard.

South Africa has also shown interest in cooperating with Chile on defence matters. Chile is the fourth-largest contributor of UN peacekeeping troops in the Latin American region.

South Africa also envisages cooperation amongst the navies of the two countries. This, according to Zuma, would help South Africa gain knowledge on how to deal with challenges such as piracy, drug and human trafficking along its coastlines.