Fitch Ratings, one of the world’s largest credit ratings agencies, kept South Africa’s rating steady this week despite ongoing concern about the economy’s failure to grow – and, in particular, to grow in a way that creates jobs. Credit ratings are one of the important ways in which a country’s ability to borrow money is priced; low debt ratings (AAA+) mean that a country like Switzerland is able to borrow money cheaply, because of the near-certainty that it will be paid back on time. The BBB rating places South Africa in the neighbourhood of countries like

The South African Treasury greeted the news with calm (that may well hide a measure of relief). The Treasury called the judgment ‘fair’, especially in an economic cycle in which many countries are still struggling to emerge with any real success from the 2008 crash.

Fitch noted the inherent strength and flexibility of South Africa’s financial system and the broader economy. That South Africa’s debt was denominated in Rands and matured over an average of nearly 10 years complemented the overall low debt ratio.

However, as ordinary South Africans well know, all these sound basics are increasingly strained by social and economic tensions, which has burgeoned in the last decade. The Fitch report noted that per-capita GDP growth in the five years to 2013 had averaged an anaemic 0.8 per cent – in the long or even medium-term, this is clearly an unsustainable rate of growth for a country with social divisions as sharp as ours. 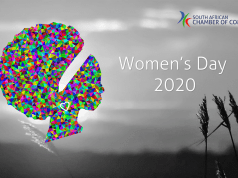 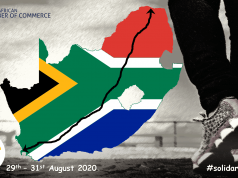 The SA Chamber of Commerce is an umbrella organisation and conduit for trade, community and investment into and out of South Africa. The SACC aims to bring under one concerted effort, a forum and meeting point for businesses who have an interest in both the UK and South Africa in an attempt to facilitate the development of business opportunities.
Contact us: [email protected]
© South African Chamber of Commerce UK
We use cookies to ensure that we give you the best experience on our website. If you continue to use this site we will assume that you are happy with it. Ok