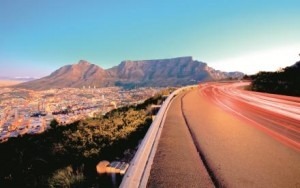 In 2012, South Africa won the prize for UK Offshoring Destination of the Year.

“Being recognised with a second award within a space of 6 months is testimony to the exceptional quality being offered from South Africa to a number of European countries,” said Gareth Pritchard interim CEO of BPeSA.

BPeSA is an Investment Agency for the BPO sector in South Africa facilitating growth in the BPO and contact centre industry. As an investment agency for South Africa, the organisation’s core focus is on attracting foreign investment, in order to drive job creation in the country.

The BPO & Offshoring market in South Africa continues to grow and is estimated to account for around 18,500 jobs.

Having a similar culture and the same language as the UK has put South Africa in a good position when it comes to servicing the UK market. But now South Africa is servicing a number of other European countries as well, including: Germany, France, Netherlands and Switzerland.

“In the past, South Africa has often flown under the radar as a BPO destination, but on the back of the EOA and NOA awards and through the continued investment from global operators, I believe we will see an influx of new investment in 2013 and beyond,” said Yunus Hoosen, Chief Director: Investment Promotion & Facilitation, the dti.