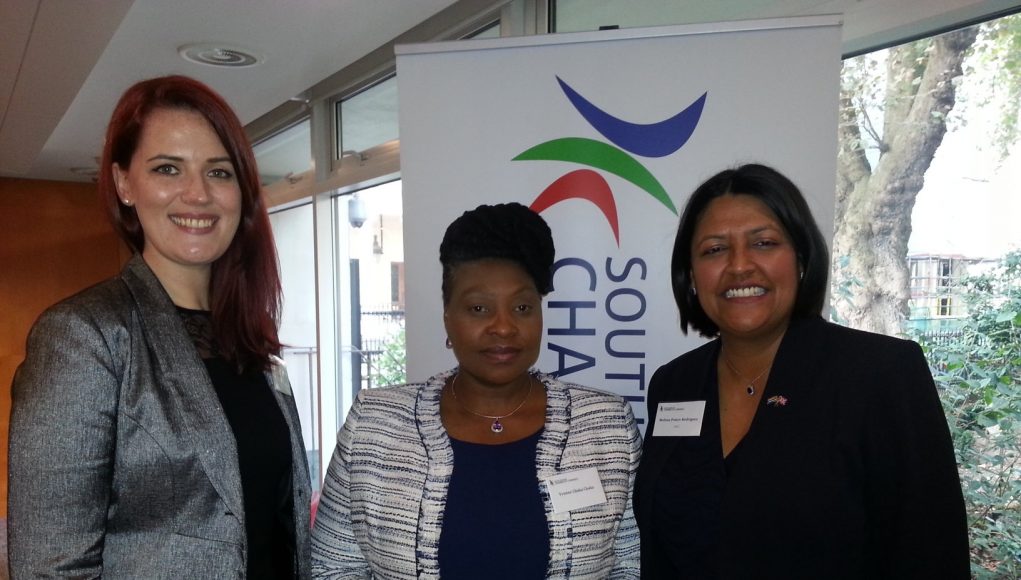 The SACC was delighted to host internationally renowned South African singer and UN Goodwill Ambassador Yvonne Chaka Chaka at a special Board Breakfast on Tuesday 30 September.

Ms Chaka Chaka was in London to attend the African Women’s Conference, which was held at the House of Lords to celebrate Black History Month and the African Woman, on Thursday 2 October 2014.

At the breakfast, kindly hosted by Board member Anglo American, Ms Chaka Chaka spoke about her work with the UN in promoting women’s health across Africa, and also discussed her upcoming film  A Motherland Tour: A Journey of African Women with Yvonne Chaka Chaka.

The film is a call to action for nations to honour their commitments to improve the health of all Africans, especially women and children in meeting the Health Millennium Development Goals (MDGs).

Board and Corporate members enjoyed an interesting and productive discussion with the Princess of Africa and hope to continue the conversation as the post-2015 MDGs are evaluated.