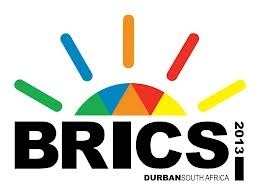 It’s all systems go as South Africa prepares to host the much-anticipated Brazil, Russia, India, China, South Africa (Brics) Summit, the first to be held on the continent.

The week long meeting of representatives from emerging markets will take place on Tuesday in the coastal city of Durban and it will focus on members’ relationship with South Africa – which in December of 2010 became the newest country to enter the group.

The event will be hosted by President Jacob Zuma and is expected to attract over 5,000 international visitors.

International Affairs minister Maite Nkoana-Mashabane said South Africa is now being taken seriously by its partners, adding that “We engage them and they listen to what we say. They are not coming to tell us what to do.”

Among other objectives, the summit is expected to establish a Brics Development Bank and a Council of Think Tanks. Brics will offer South Africa an alternative voice on how to deal with peace and security globally, but also to look at alternative economic models.

Nkoana-Mashabane said on Saturday that the conference could be a turning point, moving the world away from a “unipolar” global power model led by the US to a model balanced by better co-operation between countries in the southern hemisphere and increasing “north-south dialogue”.

Although the country is well known for being on regulated markets – ranked first in the world by the World Economic Forum, scepticism still exists in regards to the country’s potential for growth. Less then a year ago Jim O’Neill, the global chairman of Goldman Sachs Asset management. who coined the term “Bric”, said, “It’s just wrong. South Africa does not belong in Brics. South Africa has too small an economy. There are not many similarities with the other four countries in terms of the numbers. In fact, South Africa’s inclusion has somewhat weakened the group’s power.”

He added, “South Africa has to stop feeling sorry for itself and be doers instead of talkers. When your country first introduced inflation targeting about 15 years ago and I sat with some of the policy makers, I was big on South Africa. I’m not now. Over the past few years South Africa has lost its focus.”

A week later O’Neill wrote an article for South Africa’s Mail & Guardian, insisting that he was still excited about South Africa, especially its potential to boost trade and infrastructure across the entire continent. This is a clue as to why South Africa was accepted into Brics in 2011, as much for being a gateway to the continent as on its own merits.