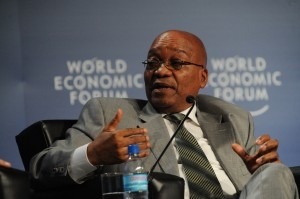 The fifth annual BRICS summit will take place this upcoming weekend in Durban, South Africa. This is the first time that the summit for the economic bloc, consisting of Brazil, Russia, India, China and South Africa, has been hosted in Africa.

The focus of the summit will be on devising strategies that will help sustain Africa’s strong economic development.

Membership to the grouping of emerging economic powers has been extremely beneficial for South Africa. Trade agreements have been established between all of the BRICS countries. For instance, in 2012, trade between China and South Africa reached $60 billion.

This boost would be extremely beneficial for South Africa, where 73 per cent of its citizens under the age of 35 out of work – over 50 per cent higher than the national rate.