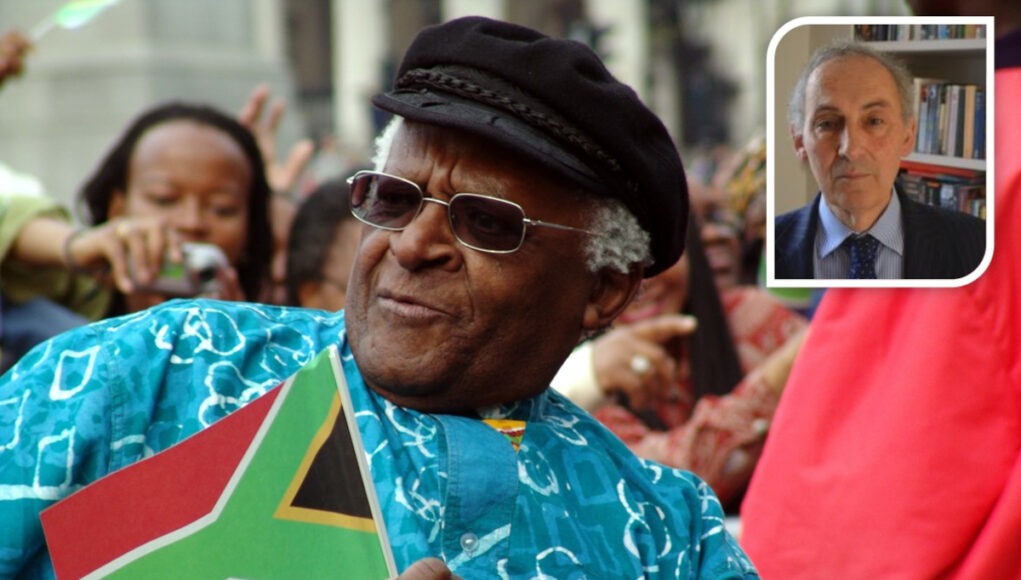 The death of Archbishop Desmond Tutu at the age of 90 on December 26th 2021 was the latest in a string of recent deaths of iconic figures from the anti-apartheid struggle.

SACC member, and former English High Court Judge, Sir Nick Stadlen, who produced the documentary film “Life Is Wonderful: Mandela’s Unsung Heroes” engaged the Archbishop in a wide-ranging conversation back in September 2007, which is immortalised as a podcast on The Guardian website.

Recalling his conversation with the Archbishop, Sir Nick said, “The interview confirmed all my pre-existing views on the Arch. He was the only person I ever heard other than Michael Foot MP, the former Labour Party leader, who could reduce you to tears of laughter and sadness in the same speech.

“He combined physical courage, for example, rescuing a suspected informer from a crowd intent on necklacing him, with moral courage; evidenced when he turned his relentless moral and forensic firepower on the leaders of the ANC when they were in power if he thought they were betraying their principles.

“He called it as he saw it.

“Asked what he thought of the decision of Archbishop Rowan Williams to reverse the appointment of the first gay Bishop in England, he replied: “God  in heaven is weeping”. His command of the English language was as compelling as his famous laugh was infectious.

“Together with the Rivonia heroes who never sold their souls for power or money, he remains in death as great an asset for SA as he was in life. A role model for the next generation to inspire them to believe that anyone can change the world for the better and that for a great country like SA there is an alternative path to corruption and nepotism.”

Listen to the podcast below: