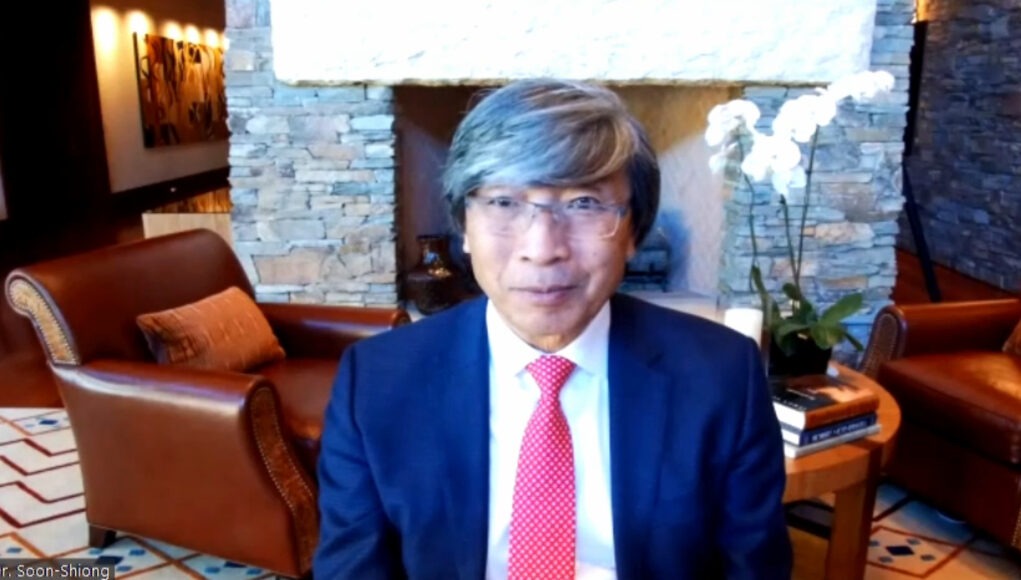 On Monday, 15th November last year, the Chamber hosted a discussion as part of our Global Citizen series between Professor Francis Petersen, Vice Chancellor of University of the Free State, and Professor Soon-Shiong, the South African born medical innovator and billionaire who has built a pharmaceutical empire in the United States.

During the webinar Prof Soon-Shiong stated his ambition to return to South Africa and establish production and research facilities to transform the country’s, and the continent’s, medical infrastructure, production capacity and ability to discover and export new and revolutionary treatments to the rest of the world.

On January 19th, the first step towards achieving that ambition was realised as he and President Cyril Ramaphosa launched his new plant in Cape Town, under the banner of NANTSA, the South African division of Soon-Shiong’s NantWorks LLC, following a £145 million (R3 billion) investment.

The plant is initially envisaged to produce 2nd Gen COVID vaccines, which use mRNA to target the virus’s nucleocapsid protein, which is less prone to mutation than the spike protein targeted by most other vaccines. At the same time, through his ImmunityBio research company, Soon-Shiong is testing another type of vaccine in southern Africa, which if successful, will activate the body’s soldier T-Cells to hunt and kill the virus, and offer longer-term, more effective immunity than antibody-based vaccines.

This comes at a time when vaccination rates across Africa are significantly lower than the rest of the world, at around 10%, compared to the UK’s 70%.  Prof Petersen has labelled this “vaccine nationalism”, which flies in the face of the stated approach of western leaders that “we are all in this together”.

The low vaccination rates in developing countries provides fertile ground for the virus to mutate into new and more contagious strains. Fortunately, the Omicron variant, identified in South Africa towards the end of last year, has proved to be less deadly than earlier strains. However, a significant risk remains that a new strain of the virus could in future evade current vaccines and once more throw the world into lockdowns, inflicting new deaths and more damage to the global economy.

As critical as this research is, and as timely as the introduction of new capacity into South Africa’s supply of vaccines will be, once the plant is up and running, Professor Soon-Shiong’s ambitions don’t stop there. He’s also planning to invest into new treatments for HIV, Cancer and TB, and given his past record, it would be foolish not to give his claims of revolutionary new treatments for some of the world’s most deadly diseases some serious credibility.

You can watch the webinar in full here: