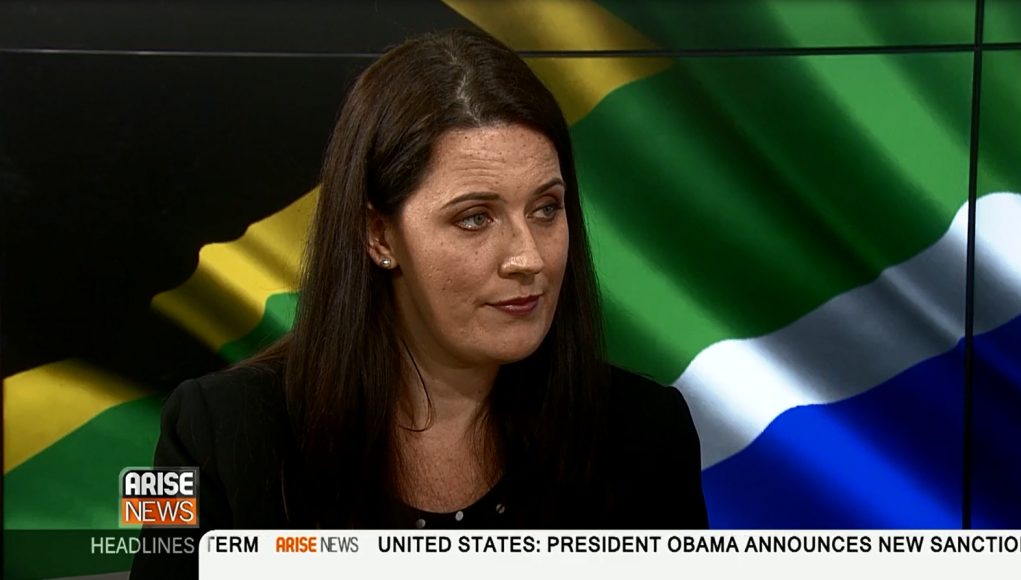 The Chamber was invited by Arise TV Business Editor Michael Wilson to provide commentary on South Africa’s post-apartheid economic progress on Monday April 28. Lyndsey Duff, Head of Secretariat, highlighted the significant gains South Africa has made since 1994 in attracting foreign investment due to a conservative fiscal policy and other regulatory protections.

Also emphasised was the importance of the upcoming national election on 7 May 2014 in fortifying South Africa’s relatively young democracy, and potential issues that might prove to be deciding factors when South Africans cast their ballots.

Video of the entire segment can be found here, with the story on South Africa’s economy and the Chamber’s commentary beginning at 7:50 and 10:36 respectively.