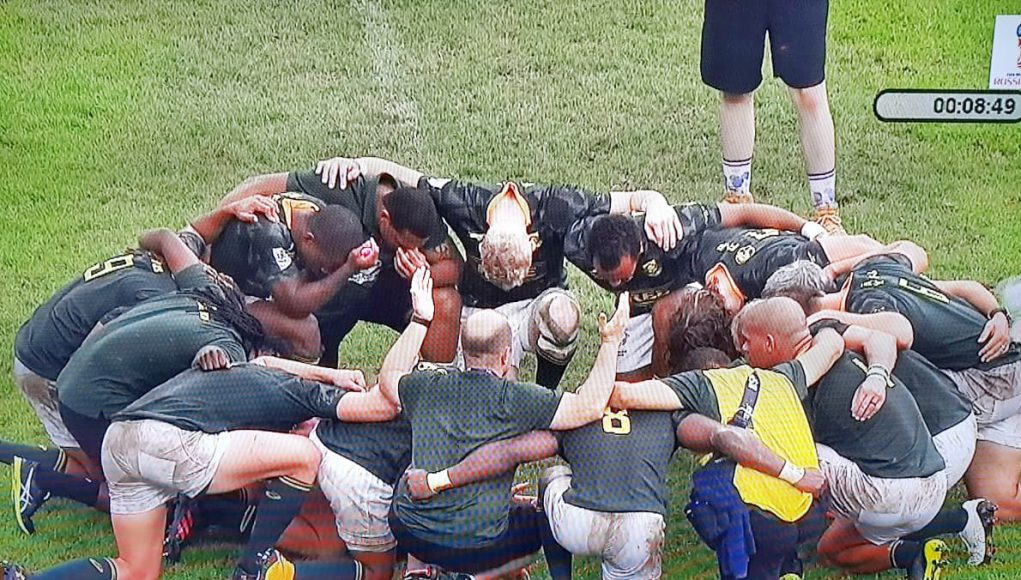 LONDON, ENGLAND – JUNE 02: Werner Kok of South Africa breaks free to score a try on day one of the HSBC London Sevens at Twickenham Stadium on June 2, 2018 in London, United Kingdom.

Blitzboks have done it! They are the World Sevens Rugby champions for 2018 after beating England 24-14 in Paris. Relive all the drama here.

Fiji crashed out of the quarter-finals earlier on Sunday after a 19-17 defeat to England. They went on to win their fifth-place play-off, meaning that South Africa had to win the final to win the championship.

England stormed their way to a 14-7 lead just before the break, but Oosthuizen’s impeccably-timed try drew the sides level right on the whistle.

It swung the game back in the Blitzbok’s favour, as Dewald Human crossed the whitewash early in the second half before Geduld’s penalty sealed the victory.

A pulsating win against England in the rugby… Where have we seen that before?

Things got off to a rocky start for the Boks in Pool B, opening their campaign with a 14-12 defeat at the hands of the Scottish. It took a less-than-comfortable 21-19 victory against Russia to get the team back on track.

They then crushed Canada 28-0 to advance to the knock-out stages. They were given a real run for their money by Spain, before emerging victorious with a 15-10 scoreline.

Their best performance was reserved for the semi-final, however. They brushed New Zealand aside with a 24-12 win, setting up their famous victory against England.

It is the Bokke’s second-straight Rugby Sevens title, after winning it in 2017. Fiji had won the previous four tournaments prior to Paris, but South Africa’s heart and determination is fully-deserving of any championship.