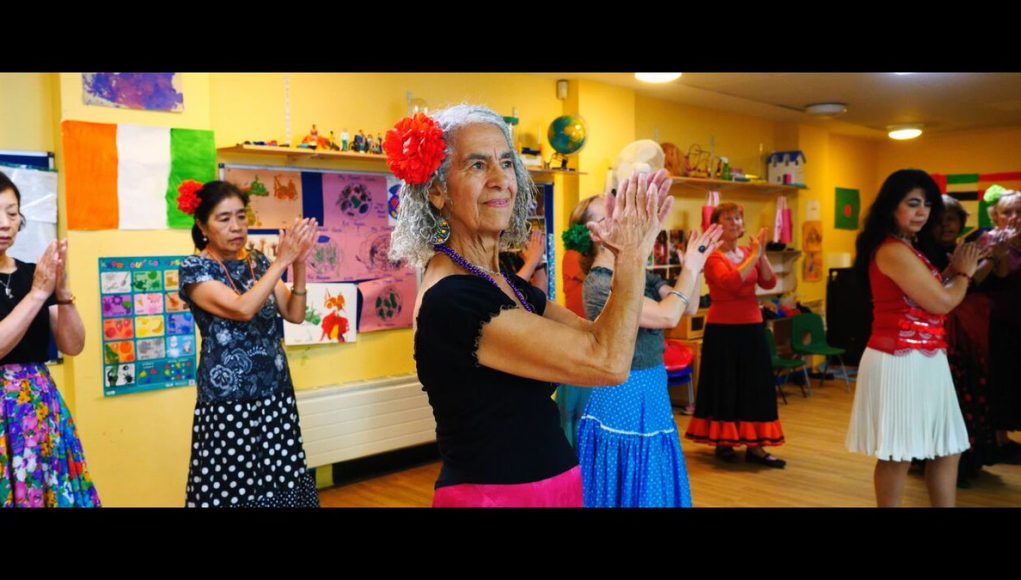 Moira Rowan has written a screenplay, co-directed and produced a short film called ‘Get Riel’ on a super-fit dancer called Elsa Perez who originally hails from Cape Town.  Elsa’s great wish is to return to the country of her birth to teach the next generation of the Riel Dancers.  These teenage dancers’ dedication to dancing has shown through the opportunity to compete in the World Traditional Dance Championships in 2015, where they won many medals.  Unfortunately, medals, although great, do not pay for ones schooling or touring costs. The Riel Dance is a very ancient dance, born out of ceremonial dancing round an open fire at the time of celebration – this dancing is so ancient and forms the backbone of the heritage of Southern Africa and was performed by the Khoi San Indigenous people.

It has been screened at the Afrika Eye Film Festival.

The New Black Collective – at this festival was screened twice – supported the new Grace Jones film and the second time was the supporting film to a film called ‘I am not a witch’ which won a Bafta award.

Currently the film is off to Hilversum in Holland for the Scenecs Debut Film Festival, with the awards taking place on 29th June. Anyone that is in Holland and would like to attend the screening of the film, it will be screened on the 25th of June at 20:50 at Hilversum Vue theatre.

The film has also made it the preliminary round for selection for a big festival in Germany for later in the year, out of 4034 entries from 125 nations we were one of the 300 films selected, which will be reduced to 80 for final screening either way we have been invited to pitch our new film at the event even if we are not selected in the end

The team now need to raise funds for a second film starring Elsa and the Riel Dancers which will be filmed in August, in Clanwilliam and Cape Town.  A JustGiving page has been setup to raise these funds.  Please donate here as there are some great rewards to be had in exchange for a donation to our project.

At 6pm, 30th June, Elsa will be doing a Latin American Workshop at Elephant Park, Elephant and Castle hosted by The South Social Film Festival