The death of FW de Klerk early on Thursday morning signifies the end of an era. As the last surviving state President to have presided over apartheid South Africa, de Klerk’s death after a 9-month struggle with cancer, diagnosed earlier this year, has been met with divided opinions and debates over his legacy.

He is remembered both as a proponent for apartheid who rose through the ranks of the National Party to eventually occupy the country’s highest office, and as a reforming visionary who, at not inconsiderable risk to himself, opened the way to bring that system to an end and, with Nelson Mandela, achieve a relatively peaceful transition to democracy where many thought none was possible.

In that sense, his legacy embodies some of the most difficult questions South Africa still grapples with today. Tainted by a controversial past, questioned over the authenticity of his “conversion”; the debate about de Klerk’s life and legacy mirrors the debate about how justice can truly be achieved in post-apartheid South Africa today when the harm that was done to so many is beyond human capacity to repair or undo. How to balance an honest recognition of past wrongs with accountability, forgiveness, reconciliation and above all, justice – all while achieving the impossible?

And indeed, these seem to have been the issues at the forefront of his mind as he contemplated his own demise, so much so that he decided to address them in a 7-minute video filmed shortly before his death. Barely recognisable, frail and clearly seriously ill, he thanks his friends for their support throughout his life, is open about his support for apartheid during his early life, is contrite in his apology for the harm done, and expresses his pride in and support for the new Constitution which he helped to negotiate before its adoption in 1996, and which he hopes will guide South Africa towards achieving its full potential.

Watch the video below:

“FW de Klerk was to South Africa what Mikhail Gorbachev was to the Soviet Union – midwife from tyranny to a new politics.

Both were ancient regime insiders, and it is difficult to envisage how such seemingly omnipotent systems could have been transformed into relative stability and peace without their insider hinterland.

De Klerk had been an apartheid cabinet minister for two decades when he assumed the Presidency in 1989. There had been no clues at all to the reforming zeal with which he proceeded, soon to unban the African National Congress – made illegal three decades before – and release most of its imprisoned leadership.

Nelson Mandela’s own carefully choreographed release followed in February 1990, after a period of secret talks, and the two began nearly four years of tough, turbulent negotiations before apartheid, the most evil institutionalised racist system in world history, was finally consigned to the dustbin.

But although they were both deservedly given the Nobel Peace Prize in 1993, de Klerk’s record during the transition was mixed to say the least.

During the four years between Mandela so memorably walking from 10,000 days spent in prison to freedom, and being elected President in April 1994, more people were killed by the apartheid state and its proxies than at any time during the previous four decades.

De Klerk denied all knowledge, but knowing the way the apartheid police state operated, that is frankly unbelievable. Known as ‘third force’ agencies, the state’s covert assassination squads were trying to cling onto power.

So in the negotiations with Mandela, it was de Klerk who pressed repeatedly for an inbuilt constitutional entrenchment of white privilege. But the ANC wouldn’t have that, instead making de Klerk deputy president of a National Unity Government and awarding other National Party colleagues ministerial office.

Why then did de Klerk become that unlikely apostle for change, showing courage and strong leadership? Partly because it had become clear to all but apartheid diehards that the game was up.

The business community, which for decades had reaped handsome profits from white minority rule, was agitating for change, with the economy tanking.

The intelligence serves, apartheid’s brutal enforcers, feared the country was becoming ungovernable, with resistance in the black townships surrounding and serving the white towns and cities exploding.

The Cold War was on death row and apartheid’s rulers had long courted Western governments as a bulwark against communism in Africa – and been amply rewarded by arms and trade from Washington and London, Berlin and Paris. Although the ultimate success of the international anti-apartheid movement is now taken for granted, it was for most of its life engaged in a bitter, hard fight.

Nonetheless it remains remarkable that possibly the most privileged ruling elite in the world eventually surrendered its power more or less voluntarily, and for that FW de Klerk should rightly be given considerable credit as apartheid apparatchik turned conduit for non-racial democracy.”

Republished in full with permission from Lord Hain.

“My abiding memory of F W De Klerk is of the press conference he called at short notice on 2 February 1990 in Cape Town as I prepared to drive 900 miles home to Johannesburg. I received a phone call saying De Klerk had something important to say at a press conference, so I’d better not leave.

He lifted the decades-long ban on the African National Congress, the Communist Party and other anti-apartheid organisations. He said all political prisoners would be freed, including Nelson Mandela. He said the country’s 25-year state of emergency would be lifted. There would be a return to press freedom and a suspension of the death penalty.

Archbishop Desmond Tutu said: “He has taken my breath away”.

Nine days later Nelson Mandela made his sweet walk to freedom and negotiations soon began for the establishment of a New South Africa in which every citizen would be free to vote.

The subsequent ride was bumpy, but I always admired De Klerk for the courage of his momentous announcement that day which marked the effective end of official racial apartheid.”

Sharon Constançon, Chairman of the SA Chamber in the UK, echoed these sentiments, focussing on the latter part of de Klerk’s life, saying, “FW de Klerk is recognised for the steadfast belief in South Africa and continued to work tirelessly for the cause of South Africa, even as his health was failing.

With his keen legal mind, clarity of knowledge of the facts and an ability to see the opportunities and challenges in fair measures; he was always hopeful for long term future of South Africa.  I hope we all deliver this outcome he worked so hard to energise.”

The SA Chamber has for many years supported the Annual South African Charity Golf Day, which de Klerk supported enthusiastically, and which has raised large sums of money for South African charities including the FW de Klerk Foundation.

In death, as in life, FW de Klerk remains something of a dichotomy, both villain and subsequent hero of his own life story. 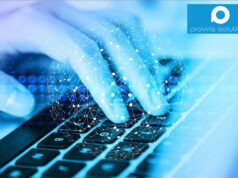 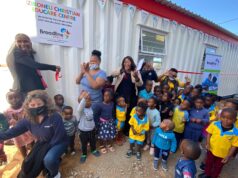 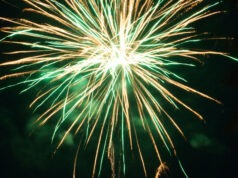