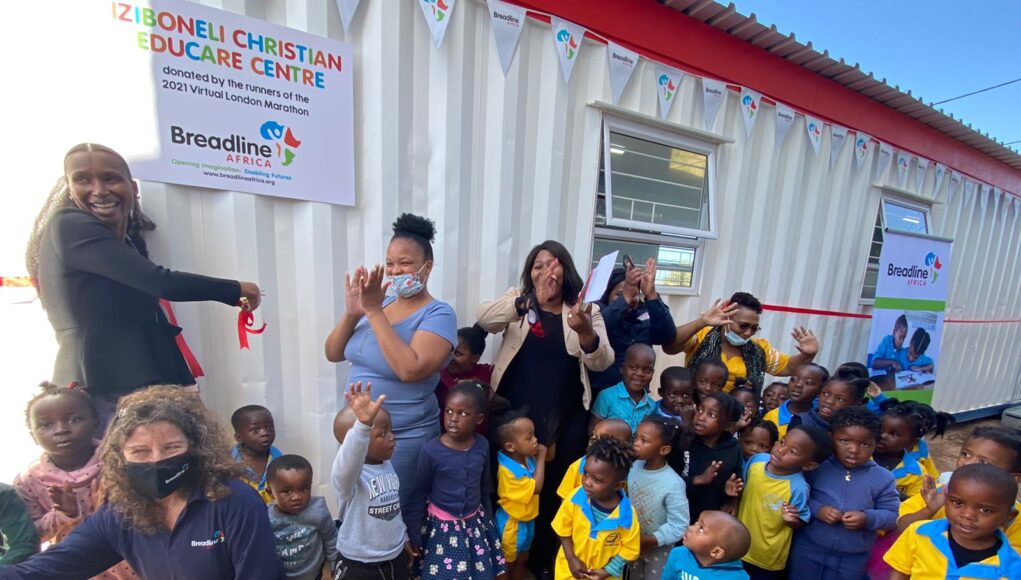 SACC Members have helped to raise funds for a new classroom for Izibonele Educare Centre, which was destroyed during a storm. The classroom was opened by Breadline Africa during a handing over ceremony in Worcester, Western Cape on Monday, 25th October.

Sharon Constançon, Reg Vincent, Abigail Vincent, Erica Humphries and Annette Christie all set out to complete the 26 mile virtual course to raise funds for the Centre.

Chamber Chairman, Sharon Constançon has raised £650 so far out of her £1,000 goal. You can help her reach her target by donating here.

The SACC Team, consisting of Reg, Abigail, Erica and Annette have so far raised £625 of their £1,000 goal, and they would also be delighted with any support to reach their target. To help them, please click here.

All the funds raised will go towards the Izibonele Educare Centre, plus any Gift Aid if you are a UK taxpayer.

The centre lost its classroom when the wall of the church next door fell and destroyed the structure in a storm during last year’s lockdown, but thanks to the efforts of a number of runners, including those from SACC, the new classroom has now been completed and handed over to the community.

Children at the centre are now able to resume their education in a specially repurposed container, which is safe, warm and ecologically friendly. Using converted shipping containers also allows for faster turn-around times, which can be as little as 6-8 weeks to provide a community with a classroom, toilet, kitchen or library.

Sanelisiwe Gantsho, who, as the soon-to-be launched Cape Chapter lead, represented the SA Chamber at the handing-over ceremony, said, “An important lesson was reaffirmed, that it takes a village to raise a child. To be a representative of that global village and impart my invited thoughts to the community leaders and children, was an honour that enriched my commitment to South Africa’s future.”

“I’m absolutely delighted that we were able to help the children at this Educare Centre. Children are our futures, and a good quality education in a safe, secure environment is vital if we are to give young South Africans the tools they need to make a success of their lives. These are the entrepreneurs of the future, and I highly commend Breadline Africa for the amazing work they do to bring hope and opportunity into some of the most deprived and under-resourced communities across our country.” added Sharon.