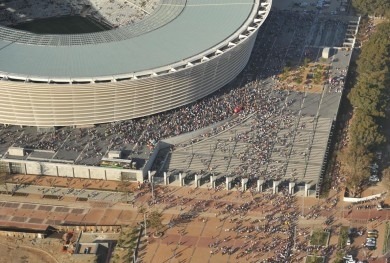 In an ever more virtual and knowledge-based economy, the beauty of the Meetings, Incentives, Conferences and Events (MICE) industry is that it is still about the magic of people meeting, face to face, in real time, and making human connections the old-fashioned way. While teleconferencing advances, it is still, in the eyes of most senior businesspeople, an augmented version of the phone call rather than a real competitor for the kind of sustained, nuanced reaction that are possible in the flesh.

The MICE industry therefore faces the challenge of meeting the highest technical standards in providing flexible spaces in a wide array of venues on the African continent – an environment where reliable power supply, good transport links and world-class wifi are not always a given, especially outside of South Africa.

While the nascent East African and West African events industries leverage their proximity to existing commercial nodes and race to meet global standards, South Africa’s established events venues – especially the trio of the Sandton, Durban and Cape Town International Convention Centres, as well as Gauteng’s large expo venues (such as Nasrec) face a different challenge. Having long met global norms, these venues now face the challenge of distinguishing themselves through added value in an environment where corporate clients are more conscious than ever of the environmental and cost implications of South Africa as a long-haul destination comparatively distant from Europe, Asia and North America.

Acording to James Seymour, CEO of the Durban KZN Convention Bureau, which bids for major events on behalf of the city of Durban and Kwa-Zulu Natal province, clients both domestic and international increasingly expect “an over-arching distinctive experience which includes entertainment, spouses’ programmes and pre- and post-event tours”. In addition, the largest conferences often necessitate additional connectivity and bandwidth, according to Seymour.

One infrastructure strength for South Africa’s MICE sector is the variety of local manufacture – according to Seymour, Durban’s Ventures Group now manufactures marquees and tents that can seat 3 000 – and the breadth and depth of South Africa’s multilingualism, which means that there is little need to import foreign interpreters. Cape Town and Johannesburg’s substantial European and international expat community, for example, mean that simultaneous interpreters can be sourced at short notice at the highest level of experience, especially in major European languages.

While free wi-fi is becoming standard across all major event venues and hotels of international standard, the question of technology is still a fraught one. Venues are sometimes caught in a catch-22 where AV technologies must be maintained at the cutting edge as a matter of course for large and small venues alike, but videoconferencing (VC) is still little used at the plenary scale (although more frequently during breakaway sessions). The reason for this is that the way business relationships are initiated and cements is as old as business itself; the existence and even the ubiquity of VC will not soon replace real-time in-person meetings, but has and will continue to enhance them or replace more routine meetings. The MICE industry, then, is still selling a business essential.

The physical infrastructure of South Africa’s cities is something that will continue to come under scrutiny in the future as the MICE industry is increasingly expected to meet international greening standards in order to attract major international events. The timely roll-out of clean, punctual bus rapid transit and integrated rapid transit systems such as the Gautrain to South Africa’s cities has been but a first step in this direction. An ever-densifying network of public transport and event-specific transport (greatly helped by the World Cup, which forced all host cities to develop first-rate event plans for transport, safety and services) will in future allow several venues to co-host events much larger than those that can be accommodated today. Yet, at the same time that national expositions, World’s Fairs and top-level biennales, motor shows etc. are growing in size, they remain few in number, and most venues must earn their bread and butter by understanding a new trend towards smaller, more flexible spaces. Says Monique Swart of the African Business Travel Association, “many of the newer properties have far more of the smaller-sized rooms and fewer of the big conferencing spaces. Or they will have partitioning, in order to re-size the spaces to the capacity needed. Generally if you attend an event here at a property with a lot of break-away rooms, you will find every one of them booked on any given day, whereas the larger rooms might stand empty.”