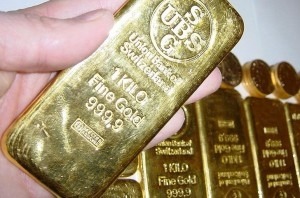 Gold Fields, South Africa’s second largest gold mining company said on Thursday it was planning to spin off two of its South African assets as part of a major restructuring.

The move would cover their KDC and Beatrix gold mines, which would be re-listed on the JSE and renamed Sibanye Gold Limited. Sibanye Gold is expected to list on February 11, 2013. The company said there would be no direct job losses as a result of the move. The two mines account for around 45 per cent of Gold Fields production.

This follows a difficult third quarter for the company and should perhaps be seen in the context of the greater strife South Africa’s mine operators have experienced since September. Strikes at its Beatrix and KDC mines cost Gold Fields R2.1bn ($239.5m) in revenue and 145,000 ounces of gold in lost production in 2012.

Gold One CEO Neal Froneman will lead Sibanye Gold Ltd and Nick Holland remains as Gold Fields Chief Executive. Gold Fields will keep their other South African assets, including South Deep Gold mine near Johannesburg and other international operations.

Gold Fields said a South Africa-focused company would free it from the costs associated with a global company on a world-wide exploration and development program.

“By unbundling the cash-generative KDC and Beatrix mines into Sibanye Gold, its cash flows can be utilised to extend the life of the mines and improve dividend payouts to shareholders,” Mr Holland said. “The separation will liberate Sibanye Gold into a fit-for-purpose, sustainable gold mining company best positioned to maximise long-term value for stakeholders.”

The move would allow Gold Fields to focus more on “cash flow generation,” expanding their existing mines in Ghana, Peru and Australia.