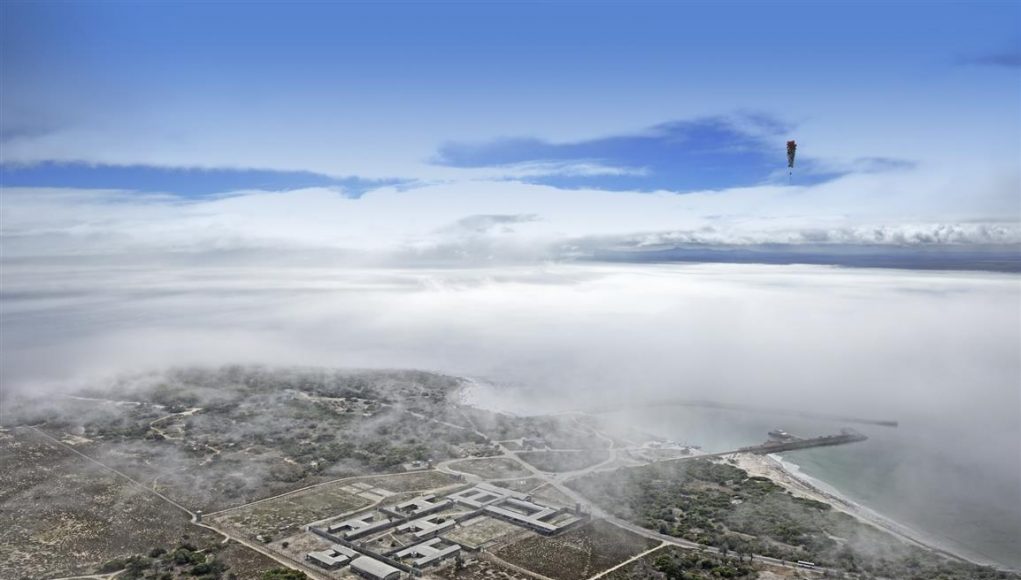 Matt Silver Vallance, a UK-based South African whose attempt to fly from Robben Island to Cape Town using a cluster of helium filled balloons to raise funds for the Nelson Mandela Children’s Hospital, realised his dream on Saturday.

But not without difficulty… there were a couple of unforeseen challenges along the way!

Silver-Vallance, a strategic partnership manager for a medical technology company, currently based in Rugby, England, watched the sun rise from Robben Island as he and his support crew inflated 160 helium balloons.

Seated in a paragliding harness, he was attached to the balloons, and gently floated up from the island to drift over the ocean towards the mainland.

There was a thick cloud cover on the morning which delayed Silver-Vallance’s take off from Robben Island. After lift-off he spent 15 minutes up in the air attached to the ground by a single rope in order to equalise, after which he was released and began his journey across the sea.

The northwesterly wind also switched direction during Silver-Vallance’s flight, and a southeasterly wind led him towards Sunset Beach and not to Eden on the Bay in Bloubergstrand as initially anticipated. Attempting to pop the balloons using a pellet gun did not pierce the balloons, making him unable to decrease his altitude. He then had to manually drag the balloons closer towards him so that he could pierce them with a knife.

He then encountered another challenge: During his descent, Silver-Vallance dropped to 5m above sea level, and had to release water from the ballasts attached to him in order to regain sufficient altitude and remain out of the shark-infested waters.

Silver-Vallance landed at Sunset Beach at approximately 12.45pm, an hour after he took off from Robben Island. At his highest point, he soared 1,000m above sea level, before landing 300m offshore from Sunset Beach at Mouille Point. 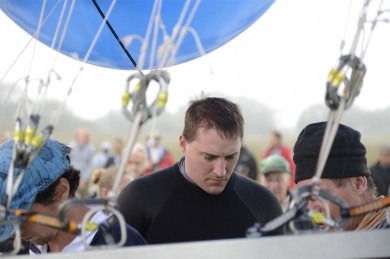 This daring stunt was four years in planning, ensuring that all technical aspects ran smoothly, and that the fundraising capacities of the stunt were maximised. This, after all, was the main purpose behind the Balloon Run: to raise R10 million (£800,000) towards the building of the Nelson Mandela Children’s Hospital in Gauteng.

Silver-Vallance said, “After lift-off, I soon realised that this was not a scene out of a movie – this was serious. The fairytale landing that we had envisioned where I would drift gently down in front of the crowds at Eden on the Bay didn’t materialise, which is often the case with a stunt of this scale. Wind speed, direction and the weather are always factors out of our control, no matter how well one plans, so I am overjoyed that we managed to successfully complete the mission.”

This cause has Silver Vallance’s undivided support due to his exposure to the “fantastic work” of The Red Cross War Memorial’s Hospital in Cape Town, gained while he was working as a paramedic in the Western Cape Ambulance Service. 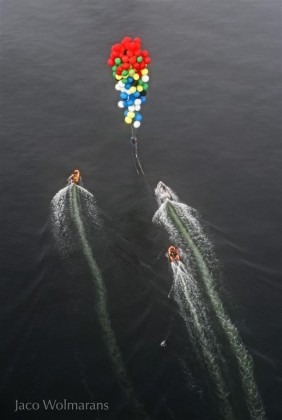 Vuyo Lutseke, Media and Communications Officer of the Nelson Mandela Children’s Hospital Trust, was thrilled at the success of the event. She said, “We are honoured that Matt has gone to these extraordinary lengths to help raise money to build the hospital. We are delighted that he has succeeded and it just goes to show that – as Madiba taught us – when we as a community come together, anything is possible. ”

If Silver-Vallance’s awe-inspiring flight shows us anything, it’s that Nelson Mandela was right: it always seems impossible until it’s done.

With the Balloon Run completed, the fundraising is far from over as the ambitious target has yet to be met. To donate visit www.balloonrun.com