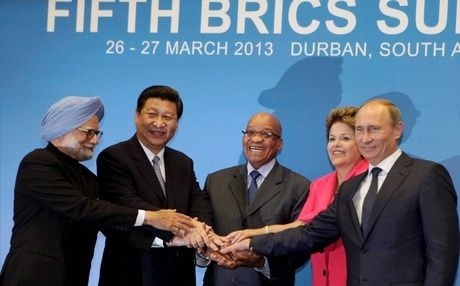 The fifth annual summit of the BRICS nations, held in Durban last week, set standards for the creation of a new power centre amongst the participating countries. Representatives from Brazil, China, India, Russia and South Africa all pledged together to increase cooperation amongst themselves to achieve the goals of faster and more sustainable growth.

The BRICS nations comprise some of the fastest growing upcoming markets in the world. They account for nearly 42 per cent of the global population, 20 per cent of output and almost all of the growth taking place in the global economy currently. South Africa, a relatively new addition to the group, was included at China’s request as a gateway to the abundant resources Africa has to offer.

According to the Russian President, Vladimir Putin, the BRICS are regulating and agreeing on their positions relating to mining, investment, and controlling the drug trade. Xi Jinping, China’s new leader also stopped in Russia, en route to Durban, and called for stronger economic ties between China and Russia. Brazil and China are attempting to finance bilateral trade in their own currencies by creating a $30 billion fund. 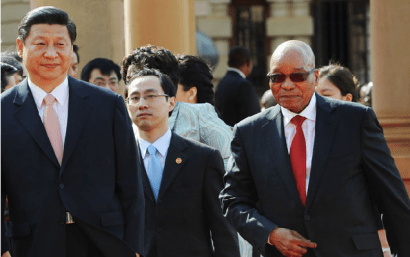 Despite the fact that the BRICS agenda is confined to economic matters, the entire summit is considered a major success. The fact that a former super-power, two countries that waged war against each other, and other nations that might be considered “third world” – came together to support and challenge each other economically, would have been unthinkable a decade ago.