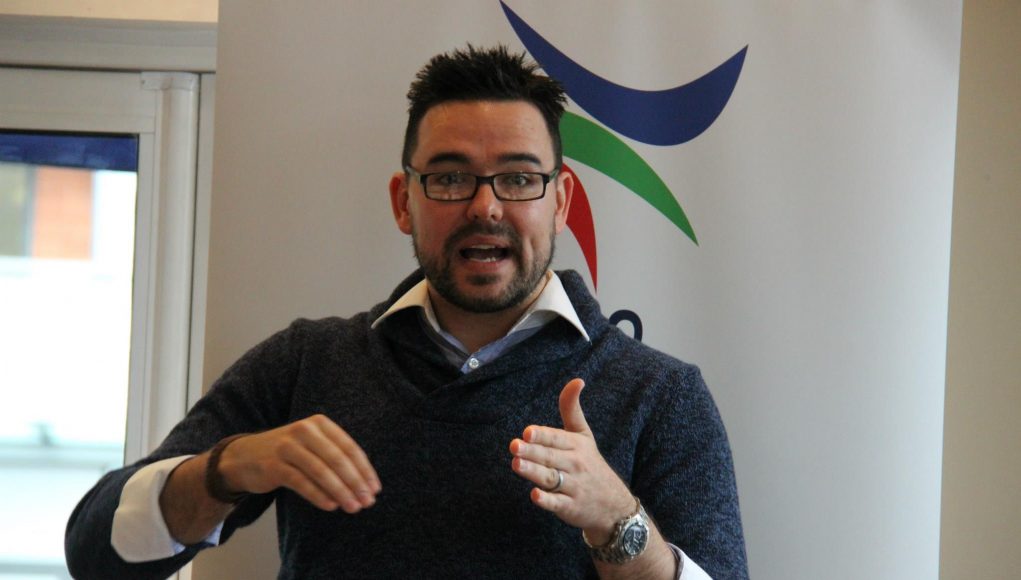 Attendees of the Chamber’s monthly Breakfast Indaba on 8 May 2014 were treated to a fascinating presentation by film producer Llewelynn Greeff. Llewelynn took time out of a jam-packed schedule to address Chamber members on innovative and resourceful ways of securing investment for high-risk ventures or projects.

Llewelynn has recently completed production on feature film Leading Lady and is travelling around the globe to attend premieres and festivals to promote the project. In addition to his efforts with Leading Lady, Llewelynn is also co-owner of Dark Matter Studios and business partner of award-winning filmmaker Henk Pretorius. Together they are working on their next international feature alongside several UK- and USA-based production houses.

Llewelynn provided some highly original ‘out-the-box’ thinking and ideas about approaching investors. One salient feature of his presentation was exploiting human beings’ natural aversion to missing out on excitement, i.e. the phenomenon of “FOMO” (Fear of Missing Out). By playing into these natural instincts, Llewelynn was able to secure millions from investors in just six weeks and see the project played out to its final phases.

Photos of the event can be found on our Facebook page.