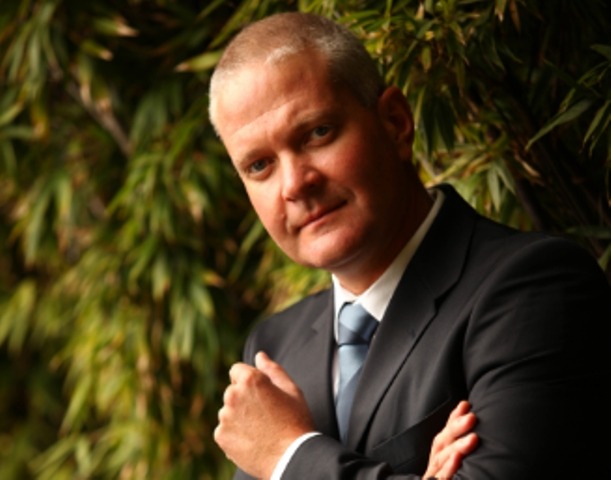 Zhann Meyer: I am responsible for the African continent in so far as Structured Commodity Finance within Nedbank Capital is concerned. So my team of ten principals and associates basically looks after the agri, soft commodities, energy and metals space on the continent. Insofar as the focus is on the agricultural side, this would include physical production and cultivation of commodities on the African continent, as well as the trading and storing thereof, for either traders or processors down the supply chain.

GTA: What kind of agri-clients does Nedbank invest in?

ZM: [Our aim] would typically be to serve a range of clients that would fit within the investment banking ambit. Individual farmers would typically fall outside of that mandate; we have our colleagues at Nedbank Business Banking to service a client on that front.

We look at commercial agriculture. At this stage in terms of where we are in our growth, in our model, and according to our mandate at Nedbank Capital, we wouldn’t fund subsistence or small-scale farmers. Unless it’s part of an outgrower model where there is a hub of commercial farmers present – we would then support outgrowers in the vicinity as part of a hub-and-spoke approach.

So our target market would typically be the larger corporate clients with a need to cultivate commodities either on a wholesale or a commercial basis. We furthermore assist them with the financing and storing of those commodities, until such time as they require the stock for processing or trading.

Supply and Demand
Obviously supply and demand is going to affect the price of commodities along the supply chain. At the end of a cycle, where all the commodities are coming in during a harvest period, which is typically two to three months, the supply is more than the demand, so that means that the prices are naturally in a depressed low in terms of the commodity cycle. Therefore a lot of processors (millers, ginners, crushers, etc) take advantage of that and would like to stock up on these commodities for subsequent utilisation throughout the season.

So our facilities would typically cater for that and we would allow either on or off-balance sheet storage of those commodities. Either at a haircut price – in other words where we’ve brought in a price buffer – or against a short or selling position on a recognised commodity exchange. And we would then hold stock on behalf of our client in accordance with their draw down profile throughout the year.

Bespoke solutions
We don’t offer a strict set of standard products; we would like to think we provide custom-made solutions for our clients. And it’s not only in South Africa – those solutions span across the continent. It would be for both the range of the ABCD’s of the world (the big four international traders) as well as the smaller Eastern African traders and Southern African traders that are obviously cutting a niche for themselves with these types of products in their specific regions.

Ghana cocoa crop
One of the things we are involved in and have been for some time is the Ghana Cocoa Board. We enable Ghana Cocoa Board to procure cocoa beans from small scale producers, and those cocoa beans are then sold to International buyers. This is a $1.5bn facility, which is syndicated amongst a whole number of banks.

Another product which is taking off is the commercialisation of crop cultivation in Southern Africa. We have a number of clients where we deal through a conduit, called a contract manager, and that contract manager then contracts individual farmers to grow a crop for a specific season, along certain parameters. So we would insist on, for instance, insurance on the crop, which would cover us for drought, floods, hail, rain, fire and all risks associated with crop cultivation.

In essence what we do here is we recognise collateral based on the intrinsic value of the crop yet to be harvested. We then finance the seed, insecticide, the fertiliser, herbicide and diesel for the cultivation of that crop. And that’s a product that’s grown phenomenally in the last couple of years, especially in Southern Africa.

A typical model would require the farmers to give land as collateral. This product differentiates itself from that. We don’t ask for alternative collateral, we basically take the crop as collateral for the loan.

GTA: Presumably you wouldn’t want to end up with a few tonnes of maize…what would you do if that happened?

ZM: We would sell on an exchange…it would typically be a deliverable exchange, although in some cases that’s obviously not ideal. As an alternative, we would go to offtakers who would try and set fixed-price forward sale agreements for us. Another option would be an over-the-counter put option with an option writer after we’ve vetted them for credit worthiness. That put option would allow us to engage in a minimum price arrangement where we would deliver the physical crop to that client upon harvest.

The aim is never to sit on the commodity. The aim is obviously to get rid of it: that’s how the loan gets extinguished in our books.

Sustainable Agribusiness
GTA: What does sustainability mean to you and how you measure that?

ZM: In terms of farmers, they are all are vetted and we make sure the farmers employ good agricultural practice. That’s something that we demand from our clients, and that would include, for instance, strong support for precision farming. We try and get our farmers to use chemical analysis, soil analysis and also grid mapping with the use of a GPS to ensure that they plant according to the soil profile – in other words, not to overplant or to over-fertilise a specific type or profile of soil. This naturally just wastes money and obviously chemicals.

We also require that our farmers only use recognised seeds. This will be seeds that are endorsed under regulations in that specific country. If it’s a non-GM country, we would only allow the planting of non-GM seeds in compliance.

The other aspect is also in terms of cultivation practices, we are a strong supporter of ‘no till,’ in other words zero or minimal disturbance of the soil. We encourage our farmers to preserve the organic material in the soil, as far as practically possible

In terms of chemical rectification of the soil profile, it is something we would strongly approve and in fact in some cases, we even finance the cost associated with chemical rectification> We would typically fund lime application to get the PH of the soil right, and also to make sure that in terms of other trace elements, the soil is ready to accept the type of crop that will be planted for that specific season.

Sustainability for us is important, not only from that perspective, but also in terms of what the farmers do – the working conditions of their staff, making sure staff are housed in decent and humane circumstances. Naturally it’s important for us to make sure that everybody has access to water, electricity, clinics, schools, and those types of things. Whilst we do not actively check that on a daily basis, it’s something that our contract managers go out and check to make sure that our contracted farmers are adhering in general to good farming practice.

GTA: What are the main countries you’re operating in?

ZM: Our focus for the coming season would be where commercial crop cultivation is in an advanced state, and where agriculture is an intrinsic part of that country’s GDP. Zambia is a prime example of what commercial agriculture can do for a country where they’ve been net importers and now suddenly and purely because of government incentives and support, they have become net exporters for the last three seasons.

Another country which in terms of their rainfall and soil conditions makes it worth our while from a risk profile perspective is Kenya, as well as Tanzania. And then naturally, I don’t even need to talk about Mozambique. Mozambique at this point in time is thriving in terms of agriculture, and there are also a lot of South African farmers engaging in commercial activity in Mozambique as well as in Zambia.

So for us to follow a South African client into these countries is a natural flow of business – to support them where they’re going, and where they see opportunities. This is typically the model that we will follow to enter a country in the first place.

GTA: How do tariffs hamper free trade, is that a problem you’ve come up against?

ZM: It’s not only that tariffs are there and potentially impact on free trade. It’s also the fact that there are no certainties in terms of these tariffs and how long they will be in place. In some countries tariffs can change intra-seasonally, which obviously exposes us to risks. If you finance a commodity that is valued at X that price might change because of a tariff implication, and that naturally increases your risk in terms of taking that commodity as the intrinsic value for your loan. So in terms of trade or export embargoes, that naturally has a massive impact on whether a commodity trades at either import or export tariffs.

We can see it in certain countries where for instance there’s an export ban on maize being imposed – the price drops purely because of the fact that you are now looking at an internally focused market, and obviously your demand will now not be as much as supply because you can’t export anymore. So that’s a danger for us, it’s something we have to deal with. You actively mitigate your risk by carefully monitoring the level at which you finance, and obviously you’re dealing with selective clients.

GTA: What rates are you expecting for your agri-investments? Are you talking about in excess of 20 per cent?

ZM: I think for a commercial farmer at this stage, if you don’t get a 20 per cent return on your capital, then you should seriously consider going into another business. For us 20 per cent is, I would think, pretty much the bottom line. Having said that, if you look at where Southern African agriculture is going, you will find that the number of commercial farmers have reduced significantly in the last ten years. And this could be the result of economies of scale and the fact that efficiencies become more crucial to staying on the farm at a profitable level of operation.

What’s happening now, is that basically the bigger farmers are becoming even bigger as they are able to use economies of scale to produce larger crops at a reduced price, and thereby obviously increasing returns. Another factor is that increased mechanisation reduces your dependence on labour.

Especially in the South African scenario it’s a risk that a farmer would prefer not to take, to be heavily labour dependent. So I think there’s a movement, whether rightly or wrongly, for commercial farmers to move towards mechanisation, to reduce their dependence on labour.