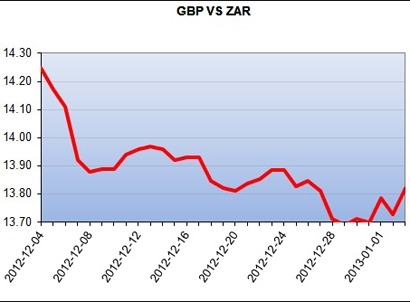 On 21 December the Rand weakened against the US Dollar with global risk appetite turning negative as negotiations on measures to avoid a recession in the United States stalled.

The New Year saw the Rand strengthen against the US Dollar, after both the US House of Representatives and the US Senate passed the legislation to avoid the so-called “fiscal cliff” of automatic spending cuts and tax increases.