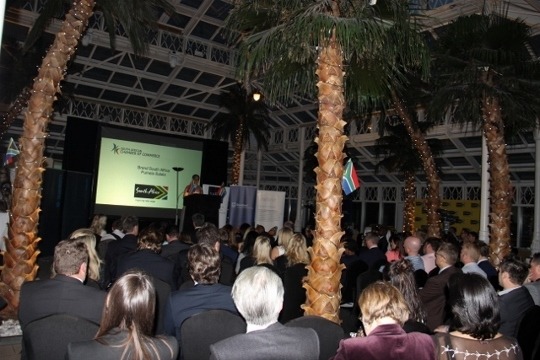 Over 100 UK based South African business and thought leaders gathered at the Millennium Gloucester Hotel London Kensington on 24 April 2015, as the winners of the 3rd annual South African Chamber of Commerce Business Awards were revealed at a spectacular ceremony.

Held in partnership with Brand South Africa, with charity beneficiary the Nelson Mandela Children’s Fund UK, this year’s extravaganza attracted the crème of the ex pat community, including the South African High Commissioner HE Obed Mlaba, who was awarded the honorary presidency of the Chamber.

With the theme of the evening heavily focused on ‘giving back,’ the chairman of the SACCUK, Melissa Powys-Rodrigues announced the introduction of a new award, recognising those who have served their community.