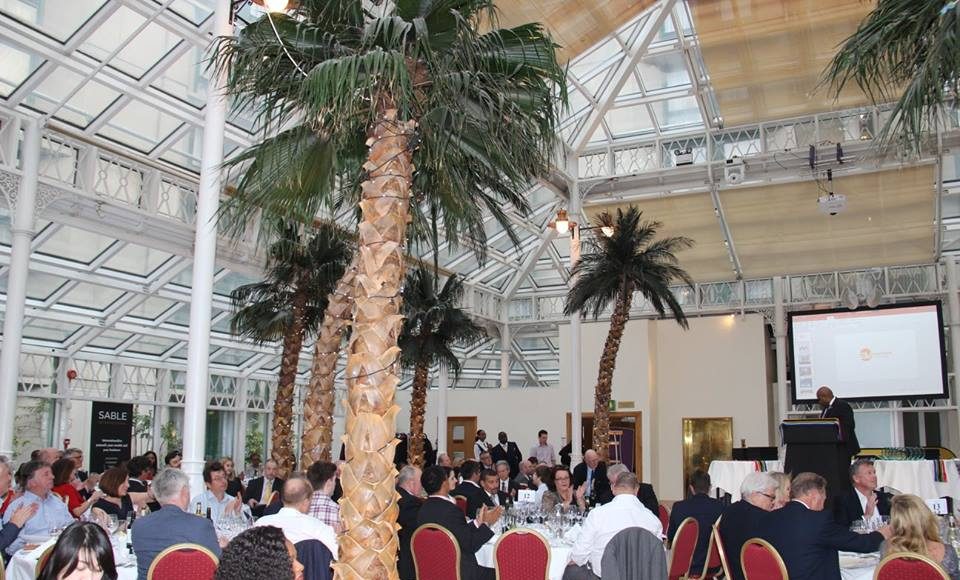 The South African Business awards 2017 were held at the Millennium Gloucester Hotel in Kensington on 19th April 2017.

The gala event was attended by 180 members and their guests. In her msiden speech, incoming chair Sharon Constancon foresaw a period of heightened engagement with the South African and SA-linked business community in the UK and looked forward to driving growth in Chamber membership and it’s activities.

The key focus would be on meeting the needs of members as a business chamber and oiling the wheels of two-way trade through the partnership with its trade and investment arm, TransactSA.

Chamber Patron, His Excellency Obed Mlaba, congratulated the Chamber on its achievements to date and foresaw a period of closer collaboration with the SA High Commission and South African government stakeholders in promoting trade and investment between the two countries.

Keynote speaker Lord St John of Bletso congratulated the SA Chamber on its achievements and stressed the important role that the Chamber could play in further building the well-established trade and investment relationship between the UK and South Africa.

We are proud to announce the winners of SA Business Awards for 2017:

No Winner in the following categories:
– NEW BUSINESS OF THE YEAR
– PROFESSIONAL INDIVIDUAL AWARD