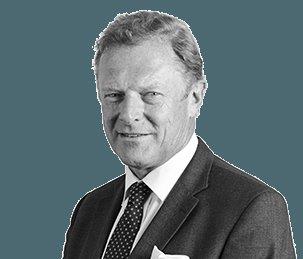 Your Excellency, the South African High Commissioner to the UK, Obed Mlaba,

Chair of the South African Chamber of Commerce, Sharon Constancon,

Ladies and Gentlemen and friends of South Africa,

It is more than a decade since I last addressed the South African Business Club, the forerunner to this organization, and I am delighted to see that the Chamber has come a long way since then.

It is indeed an honour to be invited tonight at an extraordinary time in the global political landscape.

I have to admit that Prime Minister, Theresa May’s announcement yesterday calling for a snap General Election on 8th June took most of us by surprise.

I personally, as a Crossbench Independent Member of the House of Lords, believe it was a shrewd move as she has shown herself adept to GOOD LEADERSHIP SKILLS (……unlike Jacob Zuma!), and can hopefully win with a clear mandate, relieving herself of the influence of several extremist elements within the Conservative Party.
Many hope that this could pave the way for a more successful Brexit and provide long term certainty.

I wanted today to touch briefly on three core themes:

• Firstly, the need for strong and accountable leadership
• Secondly, the power of Civil Society in South Africa, and finally
• On a more commercial level, the scope for disruptive technologies to improve job creation, health care and education, whilst also tackling rampant corruption and abuse of public funds in South Africa and other parts of Africa.

I met a few weeks ago here in London with Nkosazana Dlamini-Zuma, who is the clear favourite to succeed Jacob Zuma as President of South Africa.

In her address to the InvestAfrica luncheon, she highlighted the need to meet the expectations of the ever-increasing high percentage of young people living in Africa and particularly in South Africa.
She spoke about the need for improved healthcare, education, housing and, most importantly, job creation.

As an ardent supporter of the Rainbow Nation and the vision of Nelson Mandela, I pointed out to her that foreign investors required a CLEAR POLITICAL AND ECONOMIC ROADMAP, an element of CERTAINTY and, most importantly, POLITICAL LEADERSHIP, which conforms to the principles of GOOD GOVERNANCE, TRANSPARENCY and ACCOUNTABILITY, all frankly, sadly lacking in South Africa today.

As we all know, politicians tend to be long on promise and low on delivery, but Dr Dlamini-Zuma did give us an assurance that she would seek to tackle and address rampant corruption in South Africa, should she be given the mandate.

Just yesterday I had a long meeting with Tendai Biti, the ex-Minister of Finance in Zimbabwe.
He was very pessimistic about the current political and economic malaise in Zimbabwe and outlined his 10 point plan for economic and political recovery in the country.
It was noteworthy that his top priority was the need for strong and accountable leadership.

You may be aware that the youth of Zimbabwe accounts for 65% of the population and the county currently suffers 91% unemployment!
I was encouraged to hear that a coalition new opposition party is about to be launched in Zimbabwe.

I also had dinner a few weeks ago with Mmusi Maimane, the leader of the Democratic Alliance in South Africa.
The challenge for the DA is how to take a party for some to a party for all.

I firmly believe that, after the big swing to the DA, following the Municipal elections in August last year, with the support of the EFF and the big stayaway of ANC voters, that the DA has a strong chance of reducing the ANC’s majority to under 50% in the general election in 2019.

Sadly, the values that Nelson Mandela bequeathed to us are under threat in South Africa.

The SYSTEMATIC UNDERMINING OF THE INSTITUTIONS OF DEMOCRACY in South Africa and more specifically, the recent CABINET RESHUFFLE and firing of the most competent Finance Minister, Pravin Gordhan, has triggered two of the three RATING AGENCIES to downgrade South Africa to Junk Status.
This clearly is UNSUSTAINABLE and was UNIMAGINABLE 5 years ago.
The last bastions of democratic accountability are the JUDICIARY, the RESERVE BANK and the TREASURY.
I fear that the latter is also now vulnerable to being undermined.

The Anglican Archbishop of Cape Town, Thabo Makgoba, appealed in his profound Easter message for South Africans to turn the crisis created by “a deeply corrupt regime” into an opportunity by creating a broad based coalition to convene a “land Codesa” and an “economic Codesa”.

As the Archbishop soberly noted, present day South Africa often looks more like a nightmare than the dream, which Nelson Mandela and his comrades envisaged and for which tens of thousands of South Africans gave their lives.

As you are aware, we have seen huge peaceful and united Civil Society and opposition parties protest in the country in recent weeks, calling for President Zuma to step down.

Not since the dying days of Apartheid has the country experienced such a sense of unity of purpose.
Business has a crucial role to play and has begun to do so in an effective and sustained way over the past 18 months or so.

While it may be early to talk about the “South African Spring” – particularly when Autumn is approaching in the Southern Hemisphere, there is something profound taking place in the country 23 years after the democracy elections and Nelson Mandela’s vision of a just and vibrant developing democracy.

BUT South Africa has shown several times in history that it has the resilience to overcome adversity and transform it into triumph.

I prefer to remain, in the face of adversity, an optimist.
I am a classic “soutie”, having spent half my life in South Africa and half my life here.
I have always held huge respect for the positive approach taken by most South Africans.

As John Battersby aptly put it in his newsletter to you all on the 8th March, “there is a deep and long term historic/cultural relationship between the UK and South Africa, on which the very substantial trade and investment relationship is built.”

In my remaining few minutes, I want to touch briefly on the role of DISRUPTIVE TECHNOLOGIES.
Several of you may be attending the AFRICA TECH SUMMIT tomorrow.
I say this purely because the rapid expansion of mobile and internet penetration across Africa is providing huge global opportunities for new technology ventures in the region.

Of course, South Africa is blessed as one of the most sophisticated tech hubs in Africa but most of you with commercial interests in South Africa are also looking at the rest of the continent.

In the last 10 years, there has been a 400% growth in mobile phone usage and just last year mobile broadband grew by 60% in Africa.
This is an effective medium for canvassing votes in the run up to the election.

BLOCKCHAIN is emerging as a key tool in stamping out corruption and waste, particularly in the public sector. BLOCKCHAIN is already being used in Africa & providing greater transparency of public spending.

As my fellow peers, Lord Paul Boateng and Lord Peter Hain have pointed out in addresses to this Chamber last year, “A Chamber of Commerce such as this one can play a pivotal role in UNITING AND MOBILISING THE SOUTH AFRICAN DIASPORA, acting as a channel between government and the business community and oiling the wheels of two way trade and investment”.
I am Deputy Chairman of the All Party South Africa Group, as well as the All Party Africa Group.
At our recent All Party Africa Group, we have been debating the opportunities that Britain’s departure from the European Union presents for reforming Britain’s bilateral trade agreements on terms more favourable to its traditional trading partners in Africa.

I shall close off from where I started speaking about the “extraordinary times on the global political landscape”.
What with
• the uncertainties on Brexit,
• the uncertainties on Donald Trump’s policies,
• the question marks on the future of Europe,
• the current threats from North Korea
• and the ongoing crisis in Syria
• together with the battle against ISIS,
the domestic political and economic landscape in South Africa could NOT be more challenging.

I don’t claim to have any magic wand solutions, but I do believe that Peoples’ Power and more specifically, the influence of CIVIL SOCIETY……AND A BROAD COALITION of Church Leaders……of Trade Unions……..and Business leaders have the best opportunity of bringing President Zuma to account.

This is a landmark year for the ANC, with the Centenary celebrations of Oliver Tambo and next year the Centenary of Nelson Mandela.

Before I close my remarks, I want to especially thank John Battersby, who has played a key and loyal role in promoting South Africa to the international business community and who, as a director of the South African Chamber of Commerce, has made a major contribution to its success.

Again, thank you for inviting me to speak to you this evening.