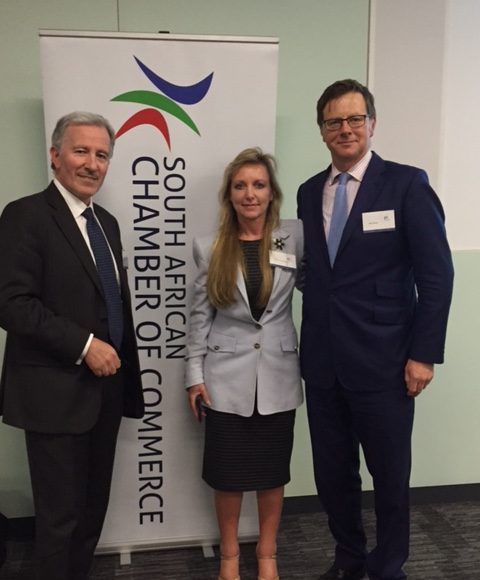 On Tuesday 6 June the SA Chamber welcomed Paul Hardy, former EU Legal Adviser to the House of Lords, as our guest speaker, ahead of the General Election.

Paul, whose Africa experience includes working in Ruwanda for the Red Cross, spoke about the trade opportunities for the UK under Brexit, including those with South Africa, a country close to Paul’s heart.
Paul’s recent work includes the much publicised Lords Select Committee report in March this year, as EU Legal Advisor to the House of Lords, on the UK’s legal non-liability to pay into the EU budget due to withdrawing from the EU.

Paul also spoke about the journey of Brexit from the inside, from Cameron, to May to what lies ahead for Britain outside the EU. He touched on the challenges to be faced, the hurdles to be overcome and the impact on the City, UK plc, the economy and the UK’s future ability to be a global force.
With thanks to our hosts, EY.