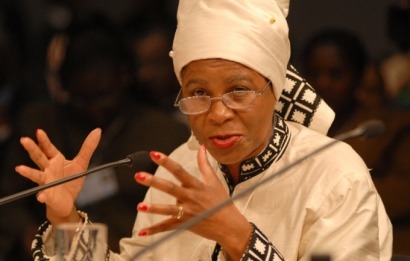 In her role of chair at Gold Fields, Dr Mamphela Ramphele warned that both mining and agriculture in South Africa were in need of urgent reform, or the unrest which has been witnessed in the last six months is likely to continue.

“It’s time to think differently … the mining industry has no option but to make a fresh start [if it hopes to survive],” Ramphele said on Wednesday in Cape Town, likening the simmering discontent of workers to “bombs in South Africa waiting to go off.”

Ramphele pointed out that South Africa needs high-quality social infrastructure, education and a sound legislative environment to move forward. For its part, the private sector needed to be more responsive to the needs of the local communities where it operates.

Ramphele spoke of sustainable job creation in South Africa and that industry needs to wean itself off a dependence on low-cost and unskilled labour. The country is suffering from the “Dutch-disease” a phrase used to describe countries which neglect developing manufacturing in favour of increased exploitation of natural resources.

“The failure of successive post-apartheid governments to invest in and manage the creation of high quality education and training systems to enhance productivity has led to a classical unsustainable economic base,” said Ramphele.