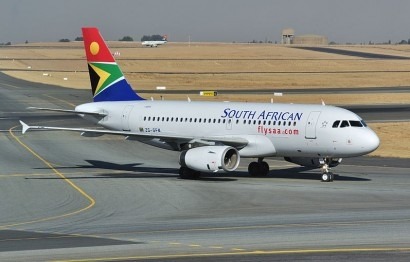 The agreement will allow SAA passengers to join internal flights on Jet Airways to Delhi, Bangalore, Hyderabad, Chennai and Thiruvananthapuram. In return Jet Airways passengers can transfer from OR Tambo in Johannesburg to Cape Town and Durban.

Customers on SAA’s loyalty programme and Jet’s Privelege programme will be able to redeem air miles and gain Tier points on each other’s airlines.

SAA’s acting General Manager Commercial, Manoj Papa said: “SAA is pleased with this latest offering on the India route. This partnership strengthens the historic commercial, political and cultural cooperation between South Africa and India. In essence, the agreement further supports the objectives of the Brics member states,”

Research by the South African Department of Tourism shows that the number of tourists from India to SA has increased 122 per cent between 2005 and 2010, and this went up a further 29 per cent between January and September 2011.

“The code share agreement will effectively enhance flight choices for customers, whether originating in India or Africa. In essence we are truly bringing the world to Africa and taking Africa to the world,” Papa said.

Jet Airways’ Chief Commercial Officer, Sudheer Raghavan added that: “Besides its global popularity as a tourist destination, South Africa, in its capacity as Africa’s largest economy, is also a strategic trade and investment destination,” said Raghavan.