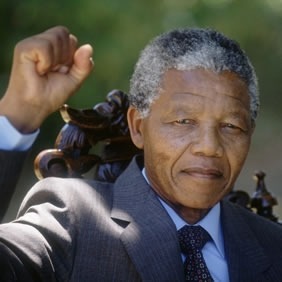 South African Chamber of Commerce in London notes with deep sadness the passing of the first democratically elected president of South Africa and the greatest statesman of a generation, Nelson Mandela.

The loss of South Africa’s favourite son has been felt around the world and the Chamber joins with presidents, prime ministers and people everywhere in sending it’s condolences to his wife, daughters and grandchildren. Mandela was not only a hero to South Africans, but an international icon admired throughout the world for his courage, compassion and commitment to reconciliation.

The relationship between London and Nelson Mandela was first established when he and other anti apartheid activists came to the United Kingdom to solicit support. The anti apartheid movement continued to receive help from the city, which played host to many South Africans sent into exile.

Following Nelson Mandela’s release in 1990, he visited the capital a number of times, and the relationship between the United Kingdom and South Africa was cemented with the unveiling in 2007 of a statue of Nelson Mandela in Parliament Square.

The South African Chamber of Commerce will be sending a representative to sign the book of remembrance at South Africa House, in Trafalgar Square.