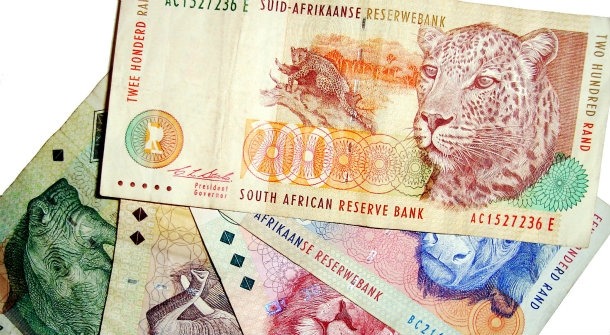 The Rand started the week on the back foot against major currencies, as the previous week’s Fitch downgrade and further strike action continued to weigh heavily against the currency. Midday saw the Rand firm slightly recouping earlier losses against the Dollar. “We are still reeling from the Fitch downgrade‚ however there has been some improved sentiment because of potential policy changes‚” said Vunani Private Clients global market analyst Kuziva Muganiwa.

Tuesday saw the Rand weaker against the Euro ahead of key German inflation and GDP data to be released. The Rand continued to experience losses across the board at midday on Tuesday‚ with political factors still having an effect on market sentiment. “Poor data out of Germany this morning is bad for global growth and will also have an effect on South Africa‚” said Mark Kalkwarf, a senior portfolio manager at the Iquad Group.

By Wednesday the Rand had continued its downward slide, this caused primarily by the decision of Anglo Platinum to suspend some of its operations. The lack of fresh produce in the Eurozone also had a negative impact on the Rand.

Thursday morning brought with it some positive news, as miners at Anglo Platinum called of a strike, and the Rand reacted favorably, strengthening against the Dollar. The Rand has been on the back foot for most of the New Year because of labour unrest in the mining and farming sectors and a ratings downgrade by Fitch.

By the end of the week the Rand had weakened once again against major currencies undermined by continued negative sentiment from persistent labour unrest. Investors sold bonds on the Rand’s depreciation, further steepening the curve.

The Rand is likely to remain on the back foot this week, weighed down by fears about the health of the country’s mining sector, as the market awaits the central bank’s decision on interest rates.