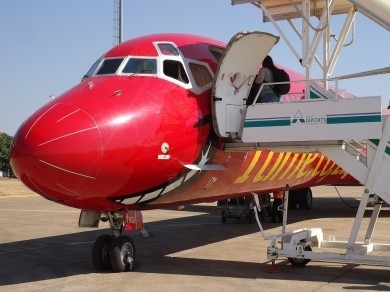 Fastjet became interested in buying 1time after it went into provisional liquidation in early November. However, other airlines including South African Airways and Comair feel this new competitor will threaten the South African airline industry.

The Air Services Licensing Council has noted that the move to sell 1time to Fastjet has become controversial, and therefore a state regulator will meet next month to hear the arguments put forward.

Other airlines are objecting to the agreement because they argue that the Air Services Licensing Act states that 75% of the shareholders of an airline must be South African residents. However, the Act also states that this is at the discretion of the Minister of Transport.

Comair, which operates British Airways and Kulula flights within South Africa, has also accused Fastjet of wanting to buy 1time in order to avoid the regulations which apply to them.

The airline believes Fastjet is using 1time’s liquidation as an excuse to enter the South African airline market as an international carrier without having to follow the correct process.

In a letter released to Business Day, Eric Venter the CEO of Comair says this potential deal will “weaken the position and protection of South African shareholders in African aviation, which is the rationale for the 25% foreign shareholding limit as per the Air Services Licensing Act.”