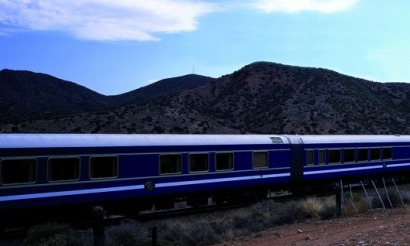 Transnet Freight Rail (TFR) is expected to sign an agreement with the Botswana government in the next month allowing transportation of the coal from Morupule Colliery near Palapye to the coastal South African city of Durban.

Owned by Debswana – a joint venture between the Botswana government and De Beers – Morupule Colliery is the only operating coal mine in the country and produces around 3.2 million tonnes of coal each year following an expansion in 2011.

Initial plans for the transportation include a 35 wagon train carrying the exports from the 30-year-old mine into South Africa twice a week.

“We intend to run two test trains from Morupule to Durban before May 1,” said Nyameka Madikizela, TFR’s executive manager for international business. “We will use their [Debswana’s] locomotives to Krugersdorp and then change to ours.”

Coal analyst for XMP Consulting Xavier Prevost described the agreement as “interesting” given Botswana’s previous logistical challenges in finding a way to move its reserves.

The government had previously considered moving its coal exports through Maputo or Walvis Bay in Namibia. The cost of moving coal to Durban will be high, however, given the distance – around 700 miles – and the large handling coasts at Durban port.