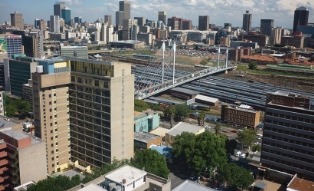 According to a recent Ernst & Young report on investment, South Africa has invested in more projects in the rest of Africa than any other country.

Despite China and the European Union being the largest investors in Africa in monetary terms, South Africa plays a key role as its multinational organisations expand into the region.

Most of the current projects that are attracting foreign direct investment in Africa are in the service sectors including: banking, retail trade, and telecommunications. These are, according to Ernst & Young, creating far more jobs than the mining industry and South Africa plays an important role in developing them in Africa.

These jobs are also required to further diversify economies in the region. Diversification of African economies is one of the major themes of the World Economic Forum on Africa, which opens in SA in Wednesday.

According to the company’s Africa business centre director, Michael Lalor: “The longer-term story is the contribution that South Africa is making to the development of service sectors across the continent, which is helping to reduce dependence on natural resources”

The primary South African companies investing in Africa currently are MTN, Sanlam, Standard Bank, Tiger Brands, Shoprite, and Nampak. The country is gradually proving to be critical in the process of sustainable diversification in other regions in Africa. The continent is now seen as an attractive investment destination, and SA is playing a key role in its development.